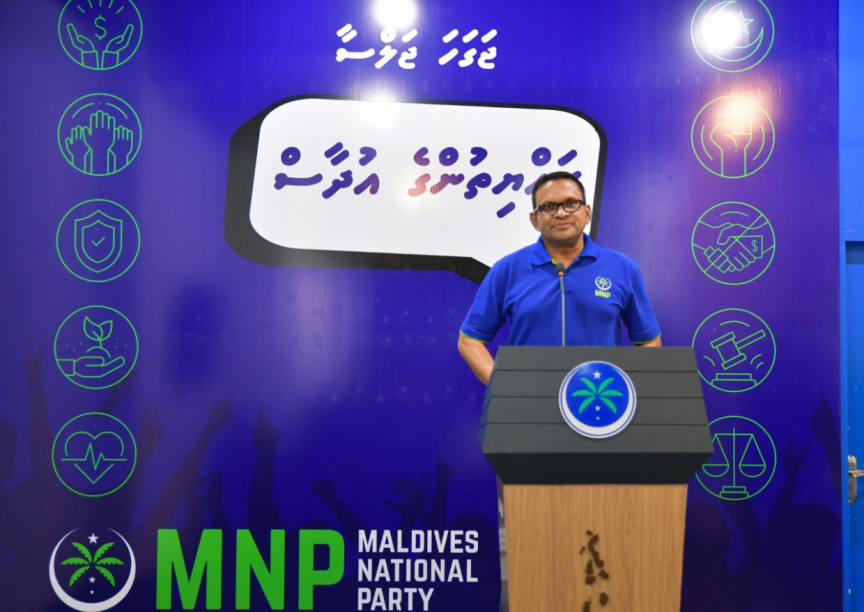 Maldives National Party (MNP) leader Colonel (Retired) Mohamed Nazim said Wednesday that while all Maldivian administrations have talked about establishing justice in Maldives, he does not see it happening in the current administration either, despite its promises.

He made the comment in his speech at MNP’s ‘Rayyithunge Udhaas’ gathering on Wednesday.

Nazim, who serves as the parliamentary representative for Dhangethi constituency, said that it was regrettable that the administration which came to power by selling the promise of establishing justice had failed to get it done.

Nazim said he was deeply unhappy with the decision by the ruling Maldivian Democratic Party (MDP), which enjoys supermajority at the Parliament, to reject the bill to reform the composition of Judicial Service Commission (JSC) – the second time the party has done so.

He said that everyone has been talking about the need to change JSC’s composition to bar politicians from the commission for the past decade, and that the independence of JSC was crucial to having a fair justice system.

“But nothing has changed with this administration. When they had to face something, they backed down and rejected this amendment again,” he said.

Nazim provided assurance MNP would reform the judiciary if it came to power.

He said that MNP wanted to see an independent judiciary, and that the members of the JSC would be people who follow international best practice.

Nazim provided assurance that MNP will not cease its efforts to free JSC.