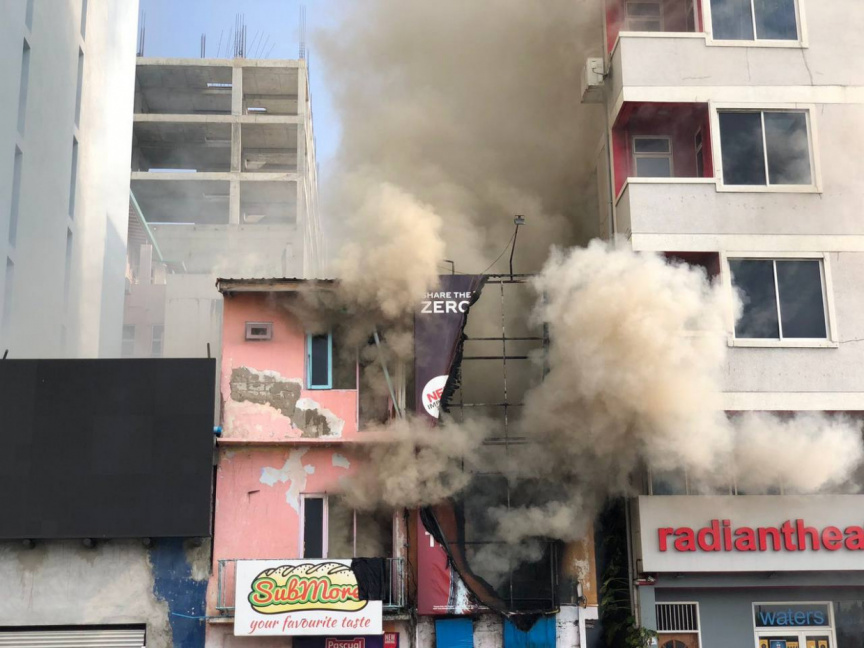 A fire has broken out near the Tides Café in Henveiru district of Male’ City.

A spokesperson from MNDF said the fire broke out at H. Nooali.

MNDF’s firefighters are at the scene.