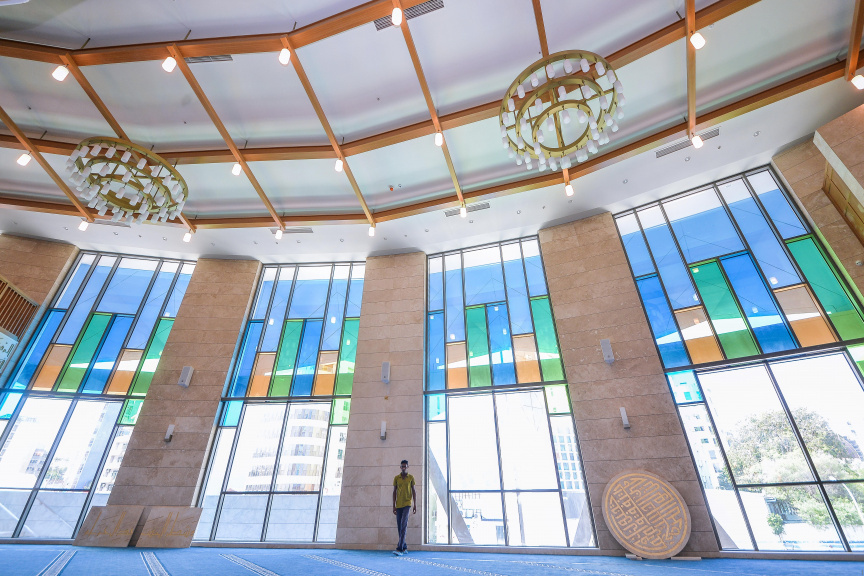 The government gave a new date for the opening of the King Salman Mosque – built by the government and Saudi Arabia.

According to the Spokesperson of the President’s Office Mabrook Azeez, arrangements will be made in time for this year’s Ramadan for people to pray at the mosque.

Despite efforts by the government to open the mosque, it has been delayed multiple times for various reasons.

Originally, it was to open in March 2021, however, it was delayed due to the situation of COVID-19 at the time.

A second effort was made last year for Ramadan, however, this time it was delayed due to lack of facilities not being fully installed, said the Ministry of Islamic Affairs.

The funding needed to open the mosque has now been handed over to the Islamic Ministry by the Ministry of Finance and Treasury.

As per the letter sent to President Ibrahim Mohamed Solih regarding obtaining furniture for the mosque, the ministry had requested to issue USD 1.6 million for the furniture quotation.

The King Salman Mosque is the largest in the Maldives. Around 4,000 worshippers can be accommodated on the first and second floors of the mosque. The third floor is comprised of four classrooms and five seminar rooms. The fourth floor consists of a library an auditorium able to accommodate 350 people. The fifth floor is a multi-purpose hall, able to accommodate 300 people.

The mosque was built by the Turkish company, Turmaks.

Prayers to commence at Salman Mosque on Friday

Salman Mosque to be inaugurated by Saudi Crown Prince

Ferry, launch to dock at jetty in front of MMA again