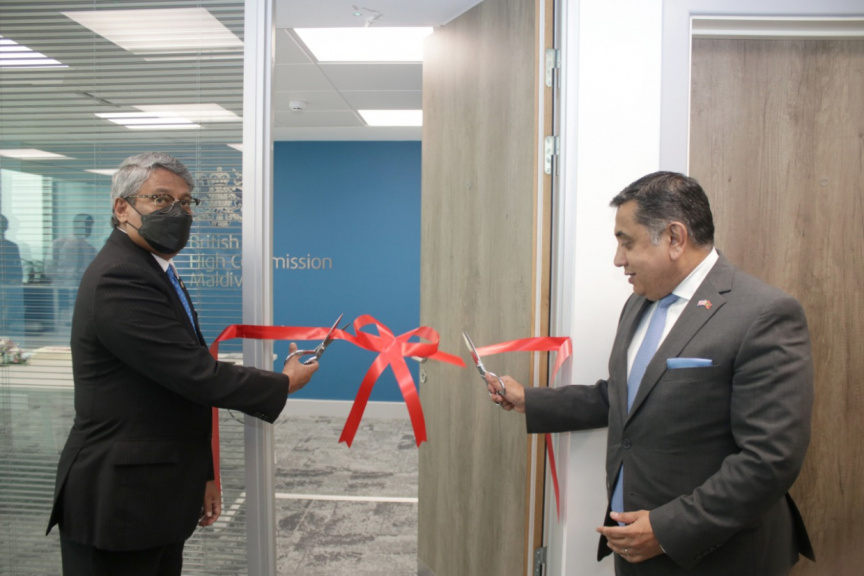 A capture from the opening ceremony of the British High Commission in Maldives on February 15, 2022. (Photo/Foreign Ministry)

A British High Commission has been established in the Maldives.

The diplomatic mission was opened during a special ceremony held yesterday, by Maldivian State Minister for Foreign Affairs Ahmed Khaleel and UK Minister of State for South and Central Asia, the UN and the Commonwealth Lord Tariq Ahmad of Wimbledon.

At the opening ceremony, Maldivian Foreign Minister Abdulla Shahid has delivered a special video message – during which he stressed that the decision to establish the diplomatic mission reflects the mutual desire to further strengthen UK-Maldives relations.

Speaking further, Minister Shahid send warm congratulations on the platinum jubilee of Queen Elizabeth II. He also noted that this year will mark the 50th anniversary of her majesty’s visit to the Maldives.

The current High Commissioner of the UK to the Maldives is Caron Röhsler. She presented her credentials to President Ibrahim Mohamed Solih in 2019.