Economic Minister: Should not call ‘India Out’, important to maintain relations with India 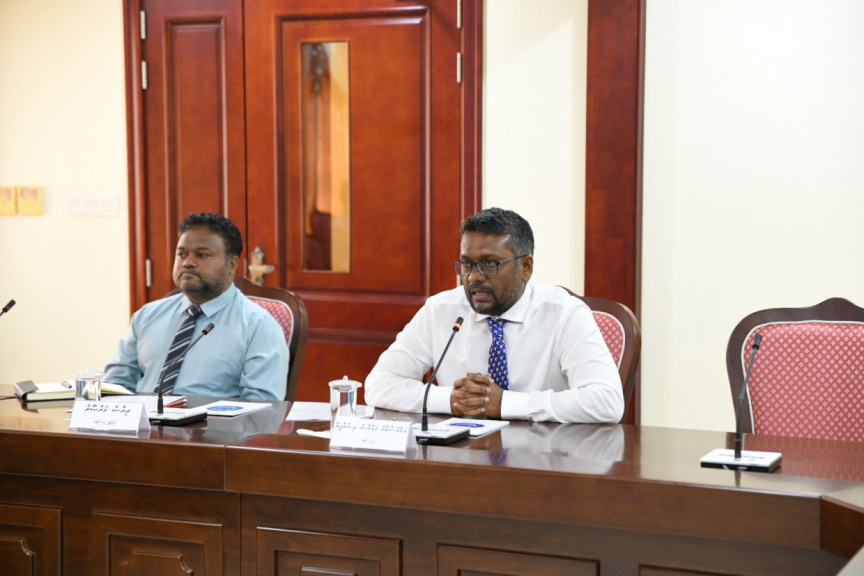 Minister of Economic Development Fayyaz Ismail speaking at the 214 Committee.

Minister of Economic Development Fayyaz Ismail said that calling ‘India Out’ for political greed was not a practical move and that it was more important for Maldives to maintain relations with India.

Speaking at the Parliament’s Committee on National Security (214 Committee) regarding the effects of the opposition’s ‘India Out’ campaign, the minister said that the intention was to decline the political relationship with India for political gains.

He went on to express his belief that the campaign would have no effect on the aid India provides to Maldives.

“However, many of these (aid) is gained by us lobbying. For instance, quotas for construction are no longer allowed out of India. But due to the close relationship, we are allowed to continue it.”

The minister further stated that India has always treated Maldives especially close, and so products that are not exported to other countries are allowed into Maldives.

“Among this, I highlight eggs, potato, onion, rice, flour, dhal and sugar. These are items most frequently used by Maldivians in their diet. We are given a quota three years ahead for these items. So we get the required amount of these products for our country.”

Moreover, he noted that some of the materials required for construction are hard to get, and would make prices so much higher if they were to be brought from countries much further away.

“Even when they have stopped export of it (construction materials), as part of the relations, we are given quota. We have a quota of 100 metric tons for stone aggregates. And also 8 lakhs metric tons for rives sand.”

“These things are very important for our food security and economy as well.”

Additionally, Minister Fayyaz stated that a large number of tourists coming into Maldives are from India, and that proved to be vital in maintaining the country’s economy during the difficult days following COVID-19.

“While we are expanding tourism across the country, India is a very import and significant market.”

In addition to the Economic Minister, officials from the Foreign Ministry took part in the 214 Committee meeting.

‘India Out’ campaign which is spearheaded by the opposition leader, former President Abdulla Yameen Abdul Gayyoom has been expanded across the country, with supporters plastering walls of their houses with messages pertaining to the campaign.