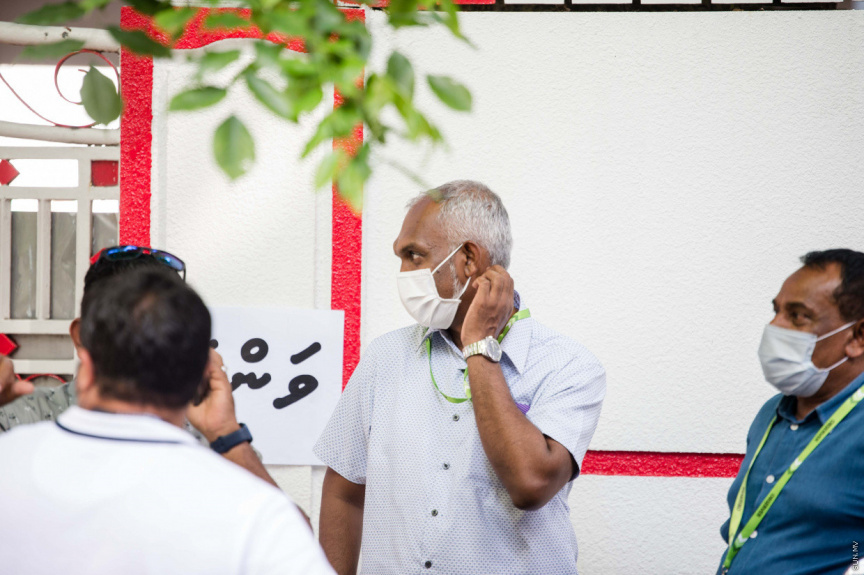 The Mayor of Male’ City Dr Mohamed Muizzu visited the Local Government Authority (LGA) on Thursday for discussions after stating that the authority has been stopping from doing things.

This was after the Transport Ministry and LGA ordered a halt to efforts by the city council to sell 1,000 parking slots last Wednesday. Members of the council have voiced their disapproval over this.

In the letter signed by LGA’s CEO Afshan Latheef, it was stated that LGA wants to ensure that all legal aspects are adhered to in the selling of parking slots.

Subsequently, the Transport Ministry also issued an announcement that stated that although the council has the power to dedicate areas for parking with a fee in the short term, the law does not allow to do that for longer periods.

Additionally, not issuing the permit to create a company for the council and has not approved the Male’ land-use plan to date are all interrupting the work of the council.

‘Sun’ has come to know that the mayor, along with the legal team of the Male’ City Council are currently in discussion with LGA.

It is believed that the details of this would be shared during the press conference scheduled by the council for Thursday afternoon.

The City Councill alleged that LGA has been narrowing the powers granted to the authority under the Decentralization Act.

Work on animal shelter will commence in January