IS women in Syria camp clash with police, 1 child killed 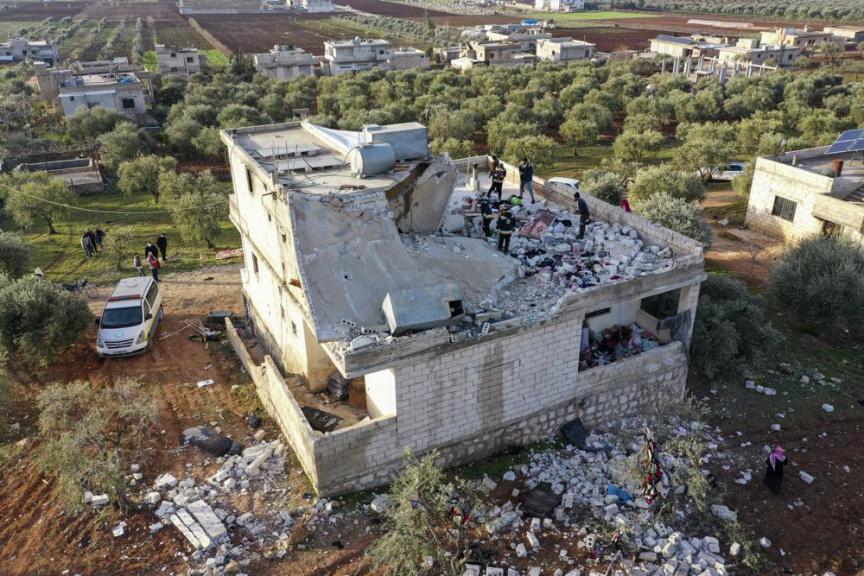 BEIRUT (AP) — Women held in a camp housing families of Islamic State group militants in northeast Syria tried to kidnap their Kurdish guards Monday, an opposition war monitor said. The attempt led to a shooting that left one child dead and several other people wounded.

A Kurdish official confirmed there was an attempt to kidnap female guards but had no immediate word on casualties . The sprawling al-Hol camp is where tens of thousands of women and children — mostly wives, widows and children of IS members — are held.

The attack in the camp came days after IS’s top leader, Abu Ibrahim al-Hashemi al-Qurayshi, was killed in a U.S. raid on his safehouse in northwest Syria. The camp has witnessed dozens of crimes over the past year.

The incident also comes two weeks after IS fighters attacked a prison in Syria’s northeastern city of Hassakeh, where some 3,000 militants and juveniles are held.

The attack on the prison led to 10 days of fighting between U.S.-backed fighters and IS militants that left nearly 500 people dead. U.S.-backed Kurdish fighters brought the situation under control eventually.

President Joe Biden said al-Qurayshi had been responsible for the Syria prison assault.

The Britain-based Syrian Observatory for Human Rights said women in the al-Hol camp tried to kidnap guards leading to a shooting in which a 10-year-old child was killed and six women and children were wounded.

The Observatory said the shooting caused a fire and the women were not able to kidnap the guards.

Shixmus Ehmed, head of the Kurdish-led administration’s department for refugees and displaced, confirmed to The Associated Press that some camp residents tried to kidnap their female guards. He had no information on casualties.

Another Kurdish official who works in the camp said he was not aware of a kidnapping attempt but that there were some riots in a small section holding mostly foreign women and children. Speaking on condition of anonymity in line with regulations, he said seven women and children were hurt during Monday’s riots.

In the fenced-off camp, multiple families are often crammed together in tents, medical facilities are minimal and access to clean water and sanitation limited.

Monday’s incident occurred in the separate, heavily guarded section of the camp known as the annex. Another 2,000 women from 57 other countries are located there and they are housed with about 8,000 children. The women in the annex are considered the most die-hard IS supporters.

The Observatory recorded 84 crimes inside the camp in 2021 in which 89 people were killed, including two Kurdish police, 67 Iraqis and 20 Syrians.

Syria forces retake prison a week after IS assault