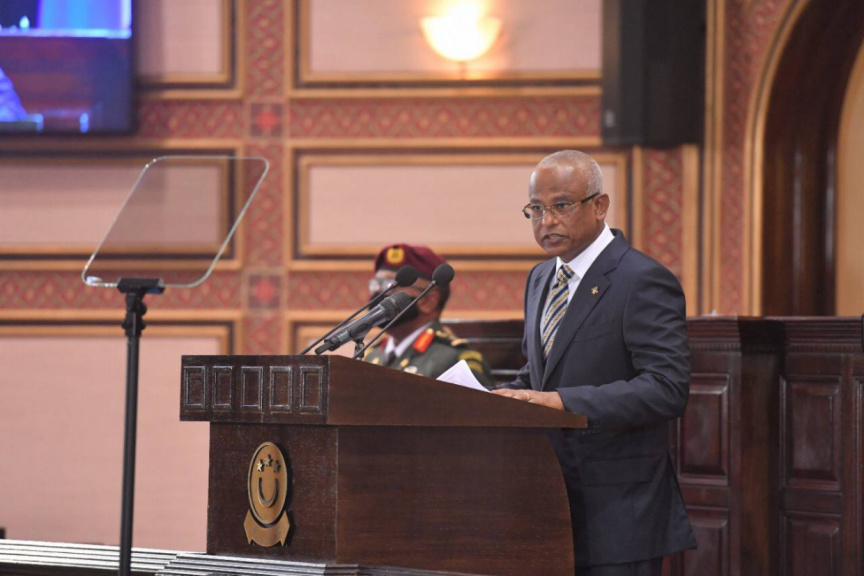 President Ibrahim Mohamed Solih on Thursday remarked that Addu City’s development was crucial for the development of the rest of the nation.

Delivering this year’s Presidential Address at the re-opening session of the Parliament, President Solih said that Addu was the starting point for every positive change in the country.

Speaking in this regard, he stated that currently, with the line of credit provided by India’s Exim Bank, roadwork is being carried out to rectify the flooding problem in Addu.

“Under this project, 107 kilometres of roads will be laid out in every district where people live.”

President Solih added that in accordance with the “Addu City Development Plan, 236.5 hectares of land will be reclaimed, including land designated specifically for tourism.”

Furthermore, in his speech he revealed plans to develop Gan International Airport with the capacity to serve 1.5 million tourists annually.

The President highlighted that all in all, over MVR 2.6 billion will be spent on these development projects in Addu City.

'2 to 3k land plots not adequate for Male’ people'