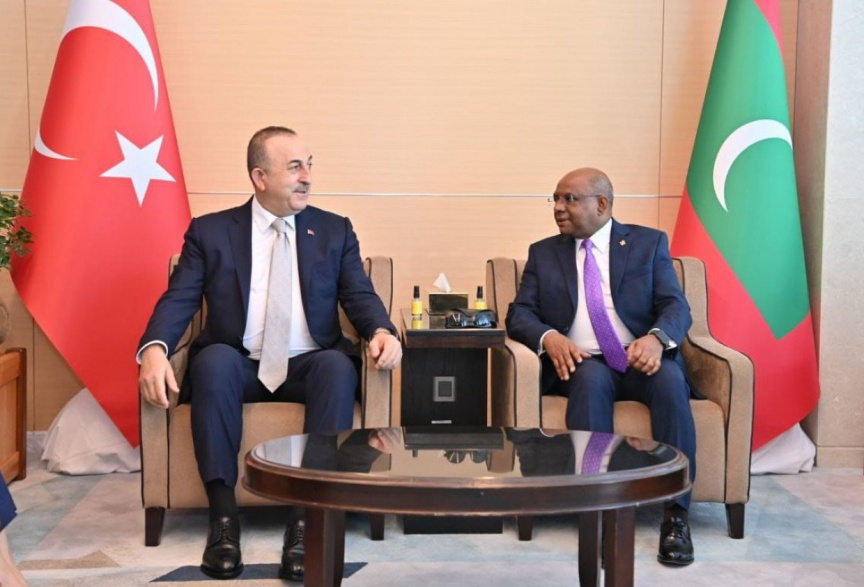 Minister Çavuşoğlu is undertaking the trip at Shahid’s invitation. During this visit, both Ministers will hold official bilateral talks.

In addition to this, Minister Çavuşoğlu will be paying courtesy calls to President Ibrahim Mohamed Solih and Parliament Speaker Mohamed Nasheed.

This is the first official visit by a Turkish Foreign Minister to the Maldives.