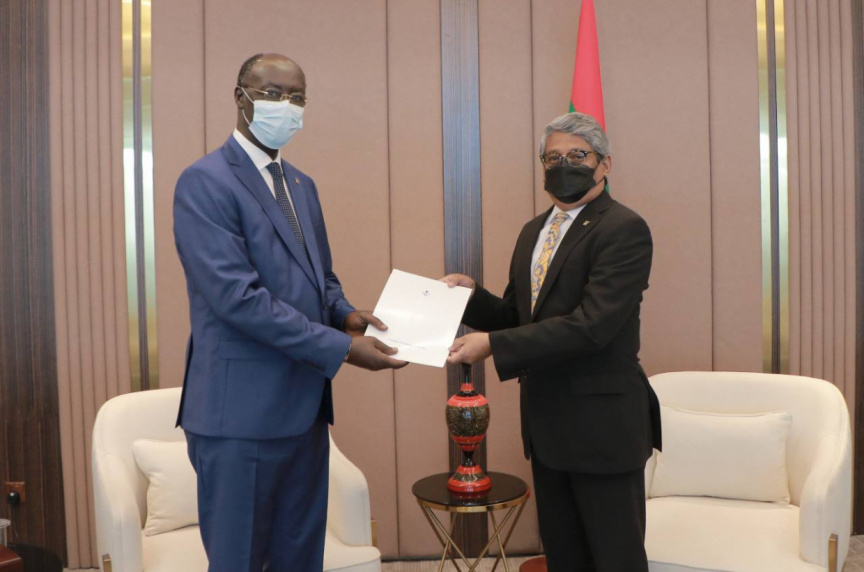 Maldives has appointed its first Honorary Consul in Burundi, which the country recently established diplomatic relations with.

The individual appointed as the Honorary Consul is a Burundi national, Mr. Sylvére Bankimbaga.

Bankimbaga’s letter of appointed was handed over to him by State Minister for Foreign Affairs Ahmed Khaleel at a ceremony held at the Foreign Ministry on Wednesday.

Foreign Minister Abdulla Shahid commented on the appointment – stating that it would strengthen bilateral and economic ties, especially people to people links in trade, investment and tourism sectors between Burundi and Maldives.

Burundi is a landlocked country situated in Africa, with a population of approximately 11.89 million. The country gained independence in 1962. Its economy is mainly reliant on agriculture.