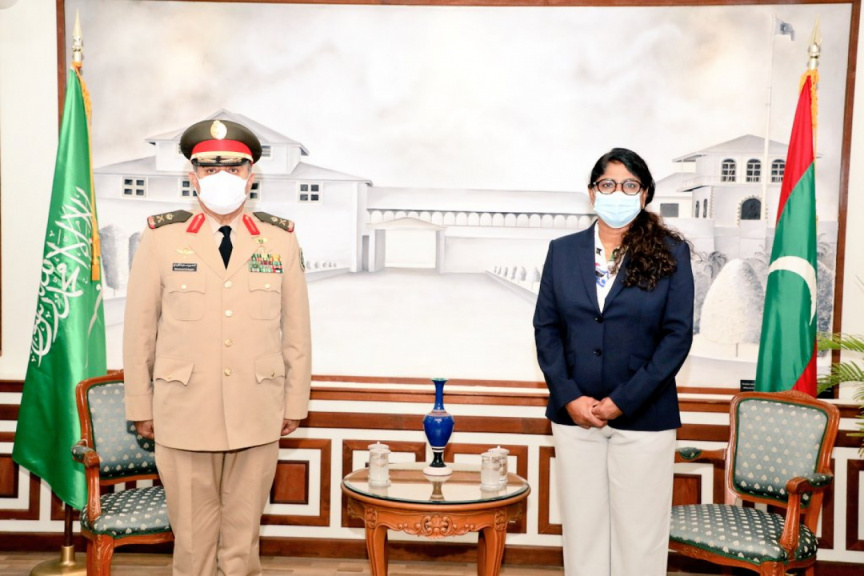 Maldivian Defense Ministry has engaged in discussions with the Islamic Military Counter Terrorism Coalition (IMCTC) established by Saudi Arabia on reinforcing cooperation in efforts to counter terrorism and violent extremism.

At the meeting, Al-Moghedi reassured Mariya that the coalition would extend its full cooperation to the Maldivian government’s efforts to prevent and counter terrorism and violent extremism, through avenues such as the provision of well-qualified Islamic scholars to better educate the public on religious issues and the provision of anti-terror response equipment.

She noted the ongoing deployment of MNDF officers at the IMCTC's Counter Terrorism Center in the Saudi capital Riyad, since January 2020, having extended the initial one-year term of service.

The 41-member strong IMCTC was established in December 2015, with the primary objective of protecting Muslim countries from all terrorist groups and terrorist organizations irrespective of their sect and name, and coordinating counter terrorism efforts among countries.