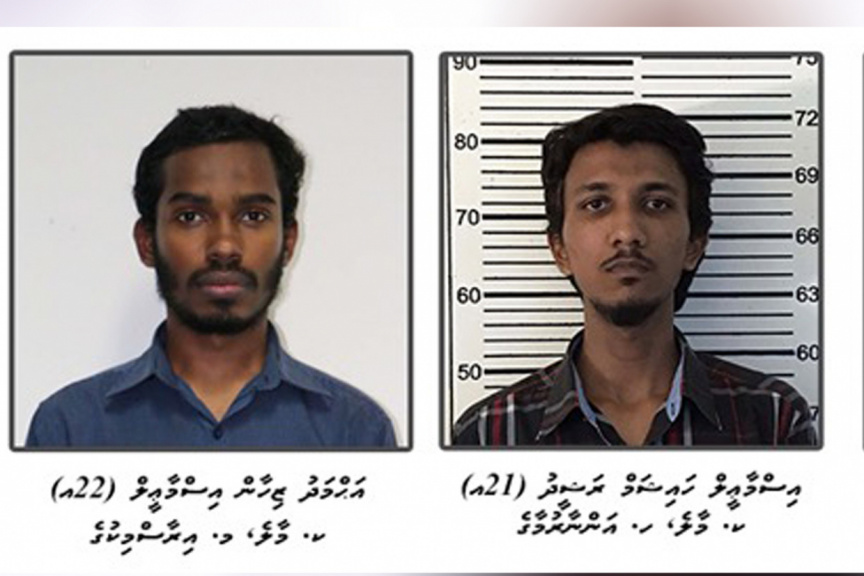 The Criminal Court has found two men guilty of the brutal murder of blogger Yameen Rasheed, and sentenced them to life imprisonment.

Haisham and Zihan were accused of active involvement in the murder, while Ismail Rasheed was accused of transporting them to Yameen’s residence and waiting for them outside as they did the killing.

The Criminal Court issued its ruling in the high-profile case on Wednesday.

The court found Haisham and Zihan guilty of murder, while the other four suspects were acquitted.

Yameen’s mother Mariyam Shafeega was asked if she wanted Qisas – the death penalty – for Haisham and Zihan.

Shafeega said she did not want to implement Qisas, and wanted Diya (financial compensation) instead, which can be used to do something good to honor her son’s memory.

“When he was alive, my son believed the right to life as a basic human right. Therefore, I don’t want Qisas,” she said.

Hussain said his son’s death had been a pre-planned murder, and that he cannot forgive his son’s killers.

In light of Shafeega’s wishes, the court, in addition to sentencing Haisham and Zihan to life imprisonment, also ordered for them to pay MVR 1.3 million as Diya.