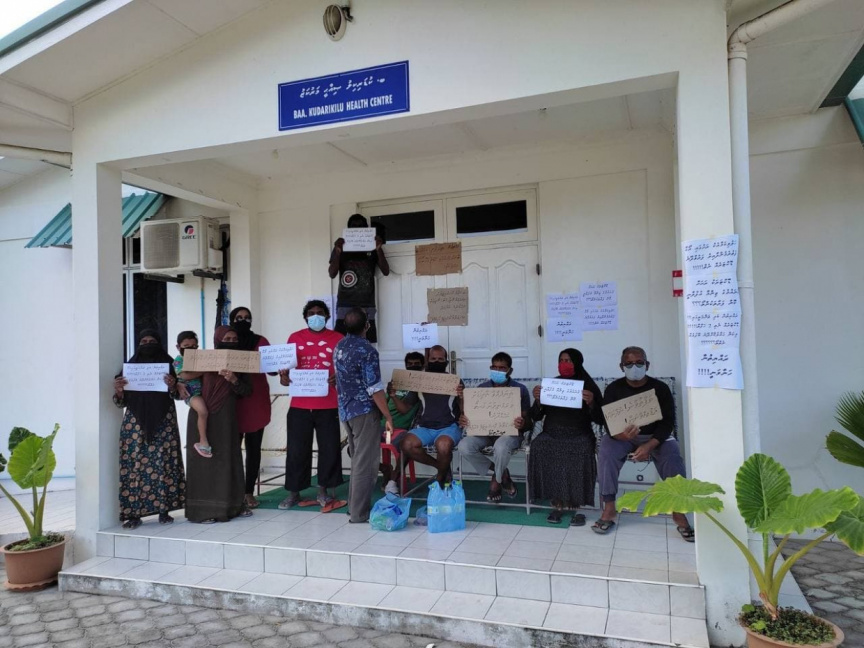 Citizens of Kudarikilu put a lock on the islands Health Center in protest.

The citizens of B.Kudarikilu put a lock on the Health Center in protest after over a week of the absence of a doctor on the island.

Speaking to 'Sun', the President of Kudarikilu island Council Abdul Hannan Abbas said that it has been about 10 days since there has been no doctor on the island. He added that the Ministry of Health assured a doctor will go to the island today.

He noted that with the ongoing viral fever along with vomiting and diarrhoea, many children on the island are sick and that citizens were expressing concerns due to this.

The Council President revealed that while there are 400 residents on the island, on average about six children consult due to diarrhoea every day.

Additionally, at the moment there are two people positive for the COVID-19 and another eight people in quarrantine.

Hannan further said that the sickness was prevalent throughout the island when the previous doctor left for holidays, adding that a replacement was not arranged from the atoll hospital for this period.

Since there is no doctor on the island, people have been doing online consultations to neighbouring Ungoofaaru Regional Hospital as well as IGMH in Male'.

Media official from the Health Ministry that spoke to 'Sun' said that a doctor will be arranged for the island within the next two days.