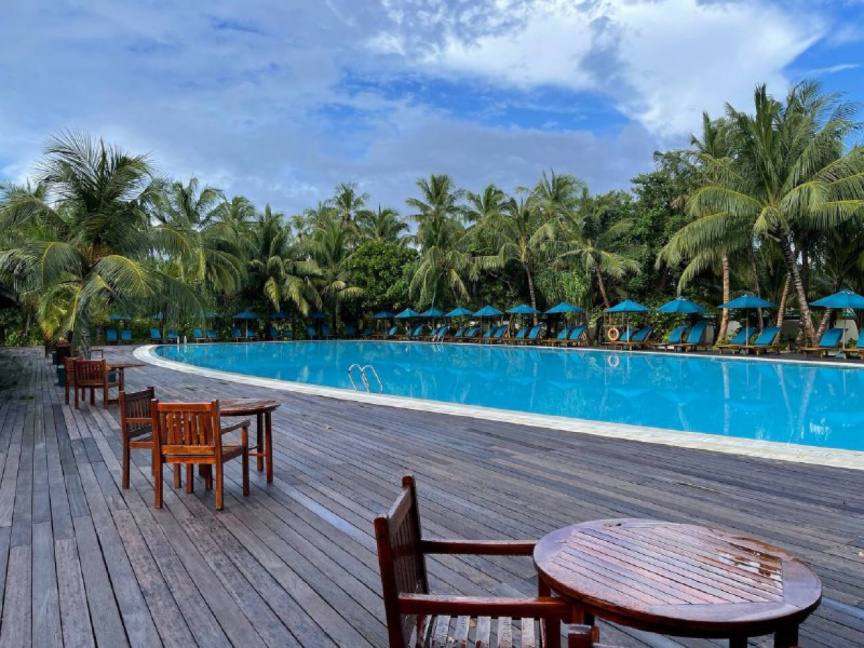 Canareef Resort Maldives, located in Herathera Island of Addu, reopened on Saturday after a two-year closure.

Canareef announced in a statement that it reopened on Saturday with 142 villas.

140 of the villas have already been booked, said the resort.

Canareef is a 271-villa resort.

Canareef’s Sales and Operations Manager Saif Zareer said the remaining villas are expected to reopen between February and April.

The resort opened with 165 employees.

40 more will be hired in the coming days, said Saif.

Canareef closed its operations in 2020 after incurring over USD 21 million in losses due to the COVID-19 pandemic.

Canareef, in its statement on Saturday, thanked all parties who assisted in the reopening of the resort, including partners, government ministries, Addu council, and Addu’s parliamentary representatives.