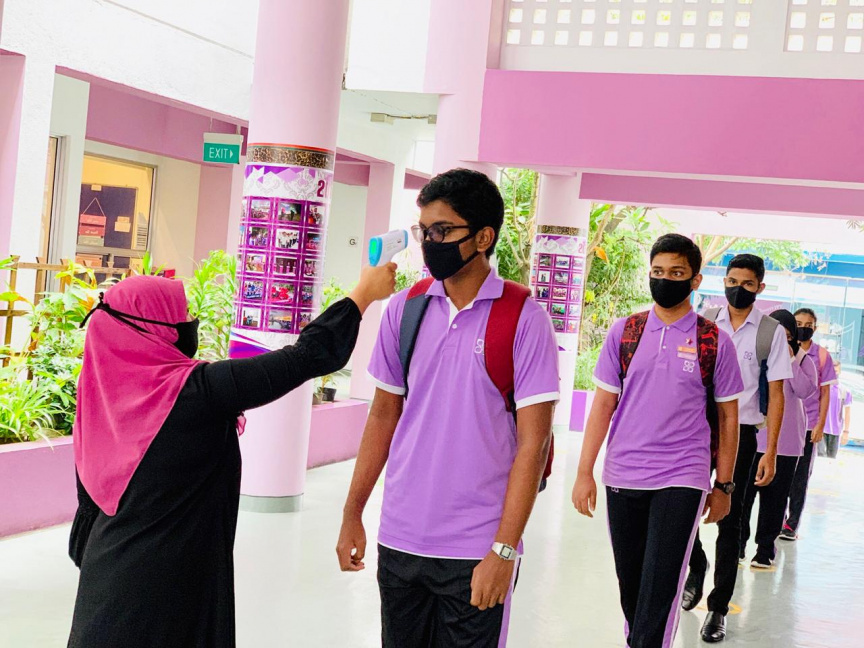 Ministry of Education on Saturday announced that schools are allowed to bring in students all five days of the week.

This new announcement comes after the Ministry on Friday released the new guidelines to be followed due to the increasing number of positive cases of COVID-19. One of the guidelines was that schools in Male' where grades 1 to 8 are taught were instructed to formulate the timetable for the first week in a manner in which students would only have to attend school on two days.

Speaking to 'Sun' regarding this, a media official for the Ministry stated that two was the minimum number of days that schools have to bring in students.

The official added that if student safety can be ensured, schools were allowed to bring more than twice a week.

Friday's announcement highlighted that like the previous term, students would have to undergo a temperature check upon arrival at school and sanitize themselves as well. In addition to this, the school session will have to be shortened.

Additionally, all activities require social distancing, and any that require masks to be removed have been barred for the time being.

The Ministry further urged all to adhere to the guidelines set in place by the Health Protection Agency (HPA).

After a long period of recording low numbers, Maldives has been seeing a surge of cases since the new year, with the positivity rate in the greater Male’ area currently at 11 percent. On Friday alone, 967 cases were recorded, making it the highest number of cases recorded in 24 hours this year.