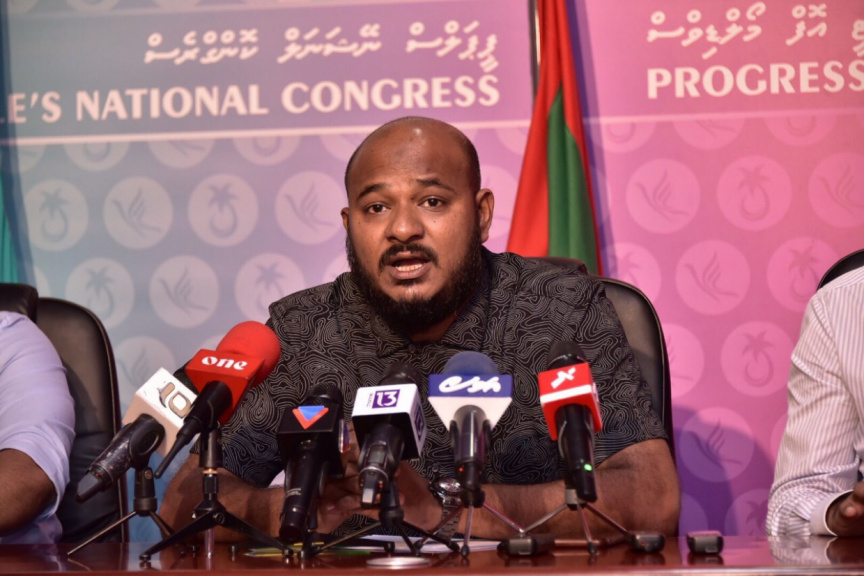 Shujau made the comment while speaking to press after sharing concerns over the upcoming by-election in a meeting with the EC.

ACC members had resigned in December, ahead of a no-confidence vote against them at the Parliament.

Shujau noted that the legal jurisdiction to investigate allegations of corruption against the government lies with the ACC.

Even corruption cases submitted to the EC are redirected to ACC, he said.

Shujau said that the ACC doesn’t operate like the Prosecutor General’s Office (PGO).

“Our question is, given that the Elections Commission is the regulatory body of political parties, why hasn’t the commission taken the initiative and raised this issue with the Parliament,” he said.

Shujau said the failure of EC members to raise the issue with the Parliament makes them complicit in the corruption.

“Actually, Elections Commission chairman Fuad agreed. He agreed that this isn’t how it should be,” he said.

Fuad said holding an election without filling the seats at ACC is unacceptable, said Shujau.

The opposition has raised concern over the move by the government to launch various projects in Komandoo ahead of the elections – a move they believe to be an attempt to influence the election.