Pakistan sentences 4 to death over attack near militant home 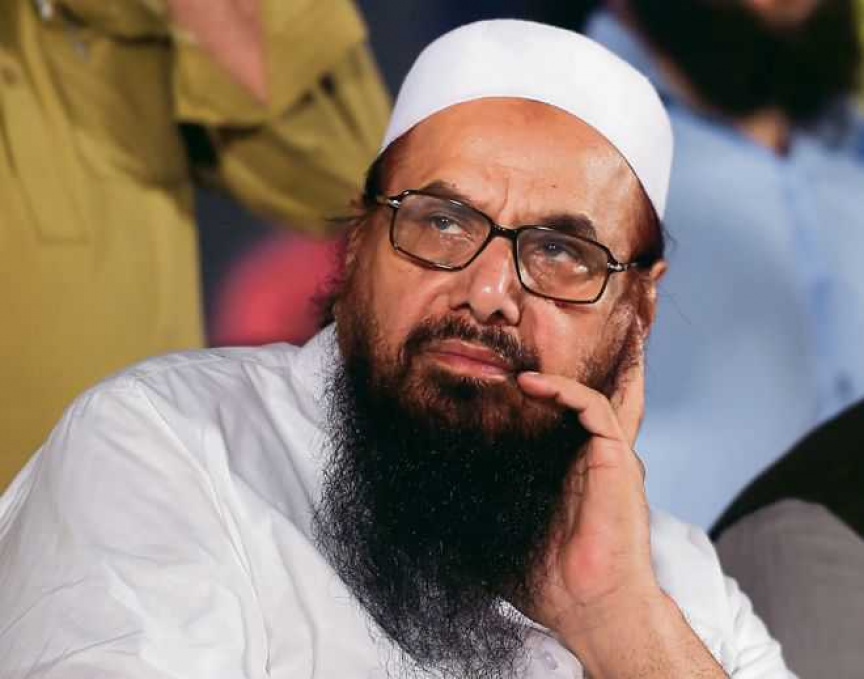 Hafiz Saeed, the founder and chief of Lashkar-e-Taiba.

MULTAN, Pakistan (AP) — A Pakistani court on Wednesday sentenced four men to death for their involvement in a car bombing last year that killed four people near the residence of an anti-India militant leader.

The court also served up a five-year jail term for a woman convicted of facilitating the attack in the eastern city of Lahore, according to a statement released by the Punjab province Counter Terrorism Department.

All five of the convicted — including the four men convicted of murder — are Pakistani and were arrested after the June 23 attack last year near the residence of anti-India militant leader Hafiz Saeed. Saeed has been designated a terrorist by the U.S. Justice Department and has a $10 million bounty on his head.

Saeed is the founder of the outlawed Lashkar-e-Taiba group, which was blamed for the 2008 Mumbai attacks that killed 166 people. Lashkar-e-Taiba was active for years in Kashmir, which is split between Pakistan and India and is claimed by both.

In 2020, Pakistan sentenced Saeed to 15 years in prison in a terror financing case, but he was never charged over the Mumbai attacks. He was serving his term under house arrest under a government order and he escaped the bombing attack unharmed. Four bystanders were killed.

Pakistan and India have a history of bitter relations. They have fought two of their three wars over Kashmir since gaining independence in 1947.