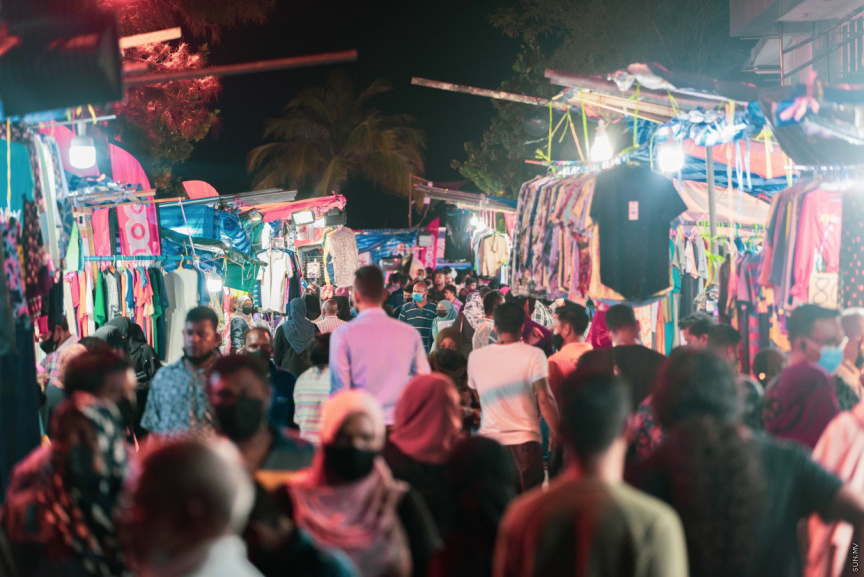 As per the agency, the permit was revoked after inspections conducted on the night market near the Rasfannu area found violations of HPA's safety guidelines. It was highlighted that the area was crowded with no social distancing and people were negligent in wearing masks.

Hence, HPA stated that Male' City Council has been informed to halt issuing permits and stop the night markets in the city.

The night market commenced on December 26 and went on till January 6 at Rasfannu area.

However, on January 6, Male' City Council announced halted issuing permits for the night markets as a control measure to curb the spread of COVID-19 in the area – in line with a letter sent to them by HPA.

But later on, the same day, after many participants voiced their concerns to HPA, the agency reversed its decision just hours later and revoked the decision to stop the market.

Male' City Council had stated at the time will be issued only to those who agree to abide by all the guidelines set by HPA.

After a period of low number of cases, Maldives has been recording a high number of daily positive cases, with over 300 cases being confirmed on Thursday alone.

PCR test not needed to travel from Male’ to islands now