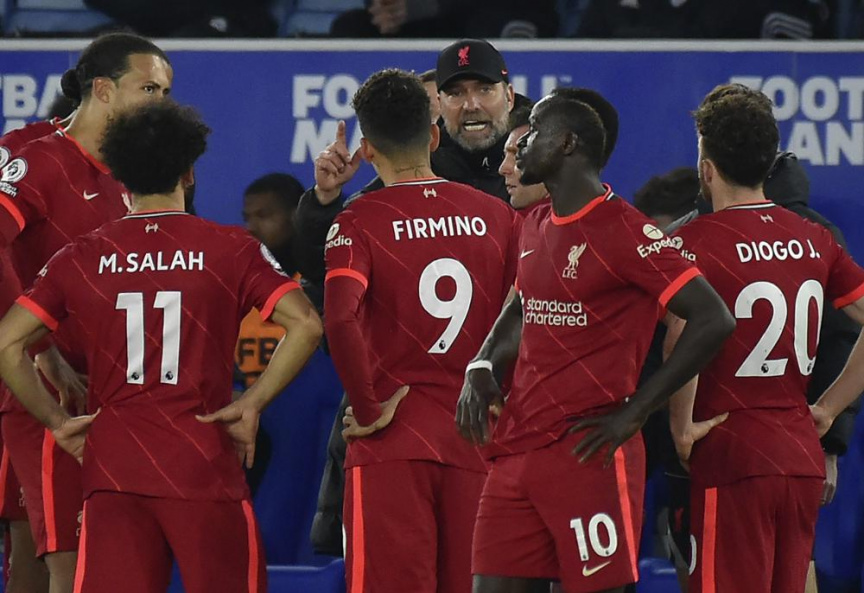 LIVERPOOL, England (AP) — Liverpool has requested the postponement of Thursday’s match against Arsenal in the English League Cup semifinals because of more suspected COVID-19 cases at the club.

First-team training was canceled at Liverpool on Tuesday after more positive tests among players and staff.

Liverpool said other factors impacting selection, such as injuries and players like Sadio Mane and Mohamed Salah having left for the African Cup of Nations, are affecting player availability for the first-leg match at Emirates Stadium.

“With no prospect of the current situation improving ahead of Thursday’s fixture and the potential for it to worsen, the club considers it both prudent and reasonable to ask for the fixture to be rescheduled,” Liverpool said Tuesday.

The English Football League said it would make a decision “as soon as possible once the circumstances have been fully reviewed.”

Liverpool manager Jurgen Klopp is among those currently isolating after contracting the virus.

England has seen the most disruption caused by the coronavirus. Eighteen Premier League games have been postponed in recent weeks while other major European leagues have been on planned winter breaks, just as the omicron variant was sending case numbers surging on the continent.

One out of every 10 players in Serie A is positive with the coronavirus as the Italian league prepares to resume after a two-week break for the holidays.

Still, despite more than 60 players reported as having contracted COVID-19, full slates of 10 matches involving all 20 clubs are scheduled to be played both Thursday and Sunday.

Last-place Salernitana is the hardest hit with nine of its players having COVID-19, while clubs like Inter Milan (Edin Dzeko), Napoli (Victor Osimhen) and Juventus (Giorgio Chiellini) are each missing leading players because of the virus.

Even former Italy goalkeeper Gianluigi Buffon, now back with Parma in Serie B, has tested positive.

Salernitana’s matches against Venezia and Hellas Verona on Thursday and Sunday, respectively, are at risk if local health authorities block the team from playing. The southern squad already didn’t show up for its final game of 2021 at Udinese.

Inter and Juventus had reportedly sought to postpone the Italian Super Cup scheduled for next week at the San Siro in Milan but the Italian league decided to keep the game in place.

Stadium capacities have been reduced from 75% to 50% following a government decree aimed at combatting the latest outbreak and spectators must now wear FFP2 masks.