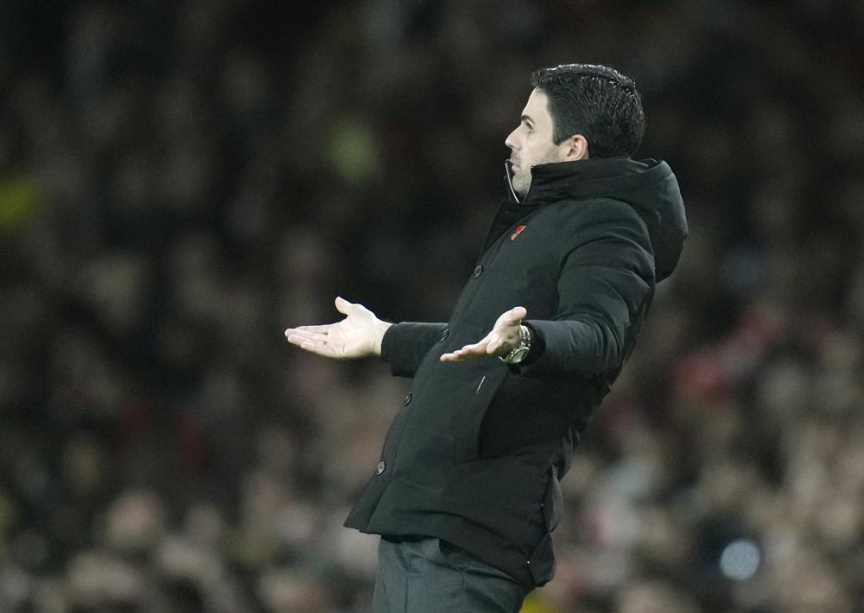 MANCHESTER, England (AP) — Just how important Nick Pope’s penalty shootout saves prove to be for Newcastle may not be known until February.

But this was a very good night to stay in the English League Cup for a team looking to make a statement with a trophy.

Newcastle, flying high in the Premier League, looked in danger of joining a host of big teams to be eliminated from the competition on Wednesday, with Arsenal, Chelsea and Tottenham all losing in the third round.

West Ham was also beaten by Blackburn on penalties following a 2-2 draw, to add to the number of topflight sides going out.

Defending champion Liverpool only narrowly avoided joining them —- eventually seeing off League One club Derby in a shootout after a 0-0 draw at Anfield.

It was a night when the competition was blown wide open for those making the fourth round.

Which is why Pope’s save to deny Crystal Palace’s Malcolm Ebiowei could prove so crucial to Newcastle’s campaign.

While the Saudi-backed club has been one of the stories of the season so far, climbing up to third in the table just a year after looking in serious danger of relegation, its wait for a major trophy dates back to 1969.

How its fans would relish silverware – even if Champions League qualification is the priority this season.

Not even all-time record scorer Alan Shearer could lead his boyhood club to a trophy when it last made a major push to join the elite of European football in the 1990s.

So, it would be a major statement of intent if manager Eddie Howe manages to bring that long wait to an end.

Pope made three saves in the shootout to secure a 3-2 win on penalties that will install Newcastle as one of the favorites to make it all the way to the final on Feb. 26.

“It’s exciting for everyone at the end, although not good for our health, but happy to get through,” Howe said. “We wanted to win to keep that momentum and we want to go as far as we can in the cup.”

Any team that does go on to lift the trophy is likely to have to overcome Manchester City after it beat Chelsea 2-0 at the Etihad Stadium.

The Premier League champions have dominated the competition in recent years, winning it six times in the past nine seasons.

Goals from Riyad Mahrez and Julian Alvarez consigned Chelsea to a third loss in four games.

The honeymoon appears to be over for manager Graham Potter, whose team has only won two of the last seven games, with both of those coming in the Champions League.

The biggest shock of the night came at the Emirates where Potter’s former team Brighton recovered from going 1-0 down against Premier League leader Arsenal to win 3-1.

Danny Welbeck, Kaoru Mitoma and Tariq Lamptey all struck after Eddie Nketiah had opened the scoring.

It was a good night for the Premier League’s bottom three clubs, with Forest beating Tottenham 2-0, Wolves winning 1-0 against Leeds and Southampton going through 6-5 on penalties after a 1-1 draw with Sheffield Wednesday.

Kalvin Phillips handed England head coach Gareth Southgate a boost ahead of the World Cup, coming on after 50 minutes of City’s win against Chelsea.

The midfielder has not played since undergoing shoulder surgery in September.

He is expected to be named in Southgate’s squad for Qatar, which will be announced on Thursday.

Liverpool manager Jurgen Klopp has confirmed he will remain at the club after owner Fenway Sports confirmed it was open to selling its shares.

“What I read they are looking for investment,” said the German. “Good idea, I like that. ... For me, it means nothing, whatever happens, if it does change, I am committed to the club.”

Tottenham manager Antonio Conte has allayed concerns after Harry Kane was substituted after 59 minutes against Forest, revealing he was taken off due to “fatigue.”

“It’s normal,” he said. “Harry has played every game.”