Nasheed: Anti-Islamic label used as premise to threaten my life 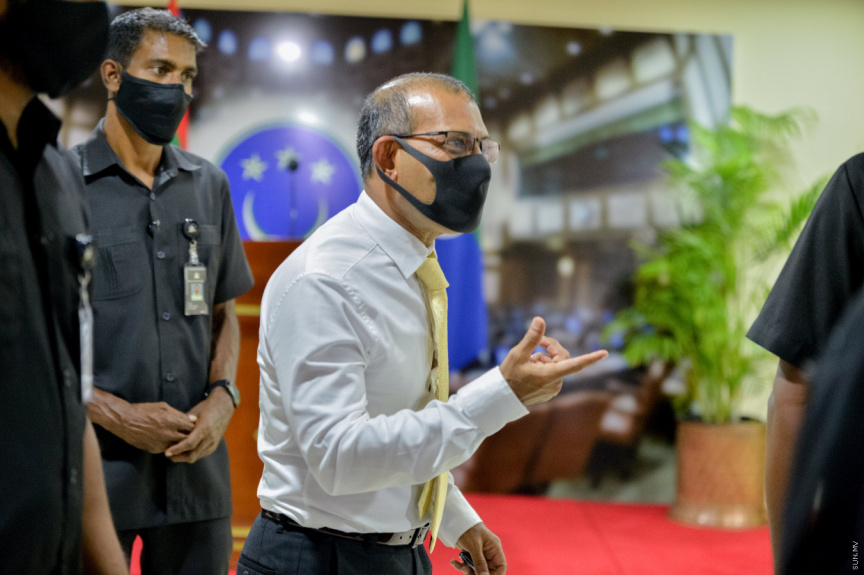 Parliament Speaker, former President Mohamed Nasheed said on Tuesday that the different anti-Islamic allegations against him were being made as a premise to cause him harm.

He made the remark in a statement released by the Parliament on Tuesday evening in response to a report lodged against him with the police by ‘Rayyithunge Ihthihad’ accusing him of spreading sentiments of religions other than Islam.

Nasheed, who survived an attempt on his life last year, said that he had been portrayed as someone living in violation of the tenants of the religion of Islam in various verbal attacks by politicians and in media reports for years.

Nasheed said that such slander against him in politics was without just cause and had reached to the level that it left no room for political debate. He said that it had been of concern to him for some time that such discourse was being turned to a tune that appealed to violent extremists.

“It has been some time that the discourse being fed to extremists in Maldives have been going down one track. Such discourse, in addition to being extremely dangerous, is being encouraged to for the sole purpose of threatening my life. I remain hopeful that action will be taken against allegations which label me anti-religious,” he said.

Nasheed also said that such reports were being lodged with the police because the Parliament did not pass the hate speech bill as drafted. He said that while the bill originally said “inciting violence against a person in public by linking to Islamic Aqeedah”, the phrase was omitted when the bill was passed.

‘Rayyithunge Ihthihad’ lodged the case against Nasheed alleging he publicly sent Christmas Day greetings in 2020, and again in 2021. Police announced Tuesday they rejected the report, citing “lack of cause for a criminal investigation”.

'Maldives and China have treated each other as equals'