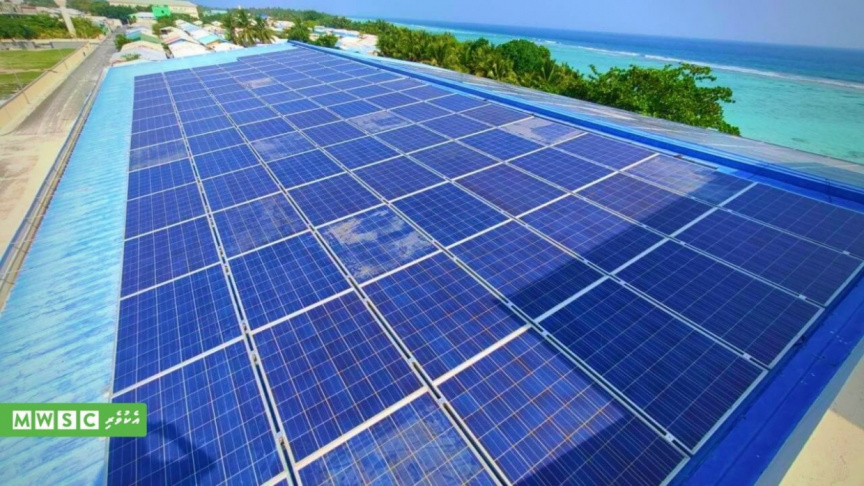 Male’ Water and Sewerage Company (MWSC) has installed an additional solar grid at its bottling factory in R. Dhuvaafaru.

With the new solar grid, MWSC will be able to generate 87 kWp of clean energy in its Dhuvaafaru operations.

MWSC had launched its clean energy project back in 2012.

“It is our vision to provide safe water and sewerage services that is sustainable, affordable and environment friendly to everyone,” said MWSC, in a tweet announcing the installation of the new solar grid at its bottling factory in Dhuvaafaru.