Dr. Mausoom: President is the true mastermind behind homestay tourism 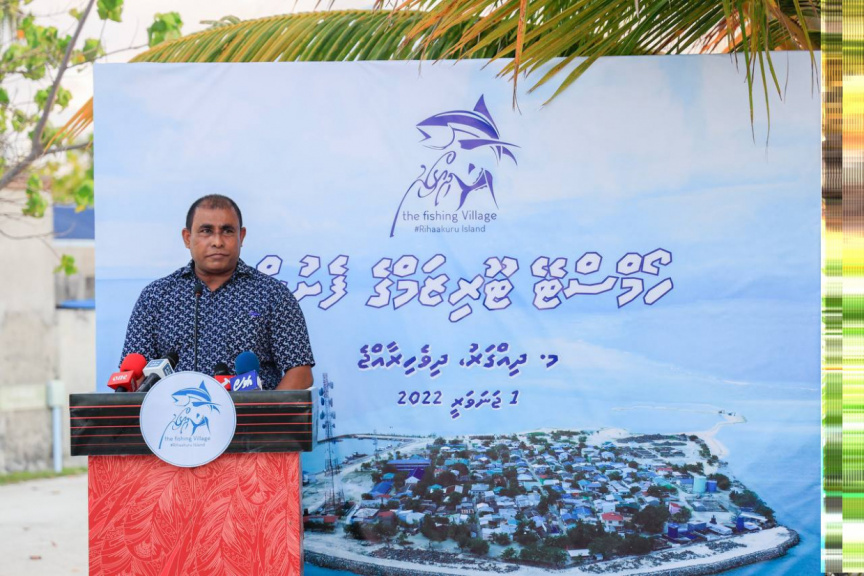 Tourism Minister Dr. Abdulla Mausoom has hailed President Ibrahim Mohamed Solih as the true mastermind behind the introduction of homestay tourism in Maldives.

Maldives launched homestay tourism with the arrival of four tourists to M. Dhiggaru on Saturday.

Speaking at the ceremony held to celebrate the expansion of Maldives’ award-winning tourism sector into the new travel segment, Mausoom noted that it had been during an MDP administration that guesthouse tourism was introduced in the island nation.

Homestay tourism is also being introduced in an MDP administration, he said.

Mausoom said the project is being closely monitored by the President.

He said that constructing buildings to accommodate tourists alone wasn’t enough to earn from homestay tourism, and that what was needed was people who knew how to provide hospitality, such as the people of Dhiggaru.

“Each island is different. But each island can prosper. What we saw in Dhiggaru was what was most important for tourism; hospitality,” he said.

A large number of the island’s residents gathered at the harbor to greet the tourists.