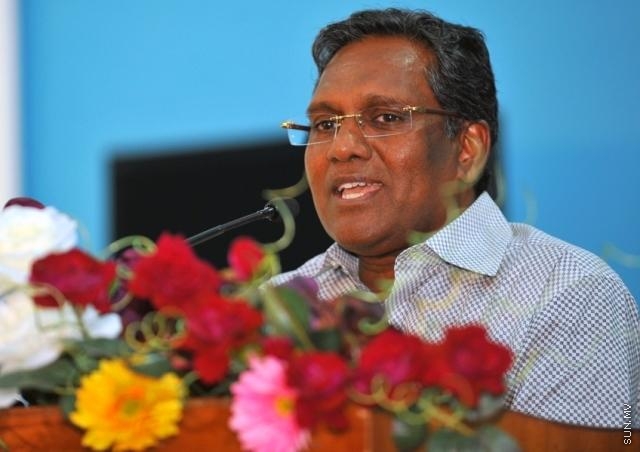 President Dr Mohamed Waheed Hassan Manik has called on parents to let children decide themselves what they want to do in life, and to refrain from forcing them to obtain education in specific fields.

The President made this remark at the ceremony held last night at Dharubaaruge, to present certificates and awards to the top-ten achievers in the secondary exams of 2012.

The President stressed the importance of letting children makes their own decisions when choosing their professions as well as their partners.

Addressing the students, he said that the results revealed last night showed the intelligence and capability of Maldivian students.

He said that it also showed that provided that children are given a good education, they are capable of achieving great results.

He said that students no longer have to attend a particular school to attain secondary education, as it is now possible at any school.

Ten students achieved first place in Accounting in the world ranking of the Edexel A’level Examinations held from May to June 2012.

Two additional students made it to the world top ten list.

A total of 1604 students from 44 schools participated in this year’s A’level Examinations from Maldives.

The top ten was made up of 158 students, including 36 from the atolls schools and 122 from schools in Male’.

The percentage of students who fulfilled the criteria to join university increased to 72 percent from 67 percent last year.

Results for the subjects of Dhivehi and Islam improved when compared with last year, however, the number of students who passed exams in the Science stream went down.

Out of the 44 schools that participated in the A’level Exams, only 13 were included in the top ten.