MP Saleem: Not unusual for military presence with military ties 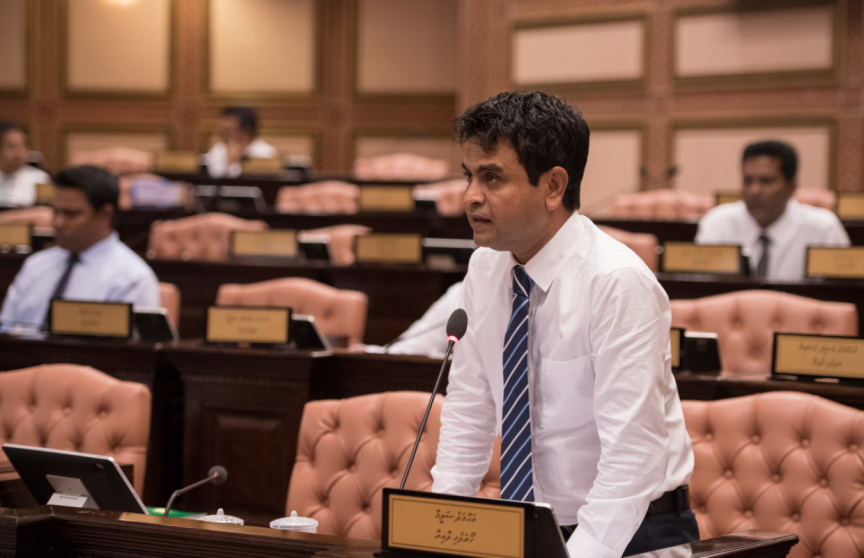 Hoarafushi MP Ahmed Saleem claimed on Sunday that it was not unusual for military stationing presence between countries with military ties these days.

Making this remark via Twitter, MP Saleem noted that members of Maldivian military personal were in India even right now. He further questioned whether the presence of Maldivian soldiers hindered the power of Indian military within their country.

His remarks come at a time when Indian military personnel stationed in Maldives has caused an uproar. Many have expressed concerns and voiced opinions against this. Moreover, the opposition coalition has been hosting campaigns dubbed ‘India Out’ across the country in protest.

Speaking to ‘Sun’, a media official for Maldives National Defense Force (MNDF) Captain Hanaa Mohamed said that even at the moment numerous local soldiers were in India for different training purposes.

“There are many officers in India even right now. These include officers who went for training as well as for medical purposes. Once that is concluded they will return. Those officers do not have any weapons.”

Meanwhile, former Minister of Home Affairs Umar Naseer claimed while speaking to ‘Sun’ that India will try to find one way or the other to remain in Maldives. If offering money does not work, they will scare their way here.

Furthermore, Umar Naseer said that even after the Uthuru Thila Falhu (UTF) project was completed, under the guise of repair work there are at least four or five ships in the area at all times. He added that this was basically providing Indian military the opportunity to attack, interfere in governance of the country and steal the sovereignty of Maldives.