Gunmen kill 2, injure 12 in attack on police bus in Kashmir 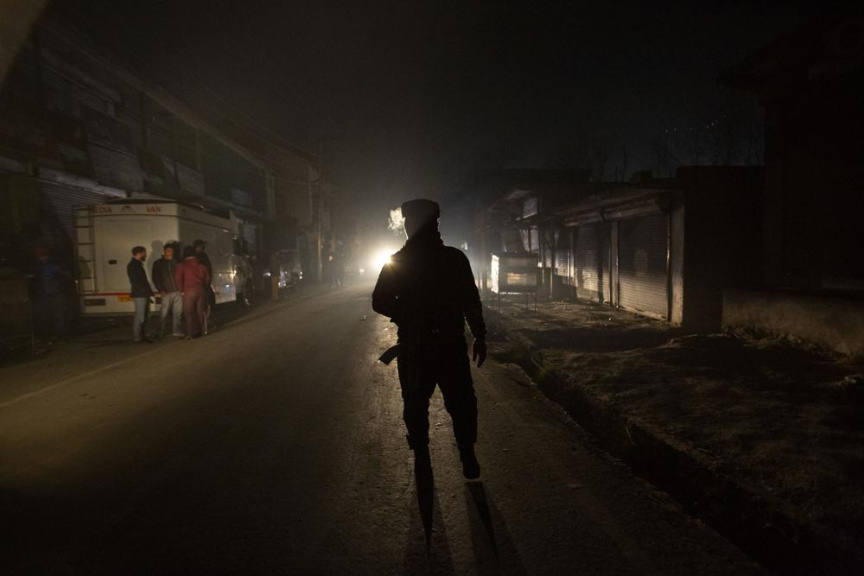 An Indian soldier guards near the site of an attack on the outskirts of Srinagar, Indian controlled Kashmir, Monday, Dec. 13, 2021. (AP Photo/Mukhtar Khan)

Gunmen sprayed with bullets a bus carrying police on the outskirts of Srinagar, the region’s main city, wounding fourteen officers, the police said in a statement. It said the injured were evacuated to a hospital where two of them died.

Reinforcements of police and soldiers cordoned off the area and launched a search for the attackers. No rebel group immediately claimed responsibility for the assault.

Kashmir is divided between India and Pakistan and both rivals claim the region in its entirety. Rebels have been fighting against Indian rule since 1989.

The attack came hours after police killed two suspected militants in a brief shootout in another neighborhood of Srinagar.

Shortly after the shootout, clashes erupted in the area as dozens of local residents joined in chanting slogans against Indian rule. Police fired shotgun pellets and tear gas to disperse stone-throwing protesters. No injuries were immediately reported.

Police set up multiple checkpoints in the area of Rangreth following the shootout and clashes.

Most Muslim Kashmiris support the rebel goal that the territory be united either under Pakistani rule or as an independent country.

No US troops disciplined for Afghan drone deaths