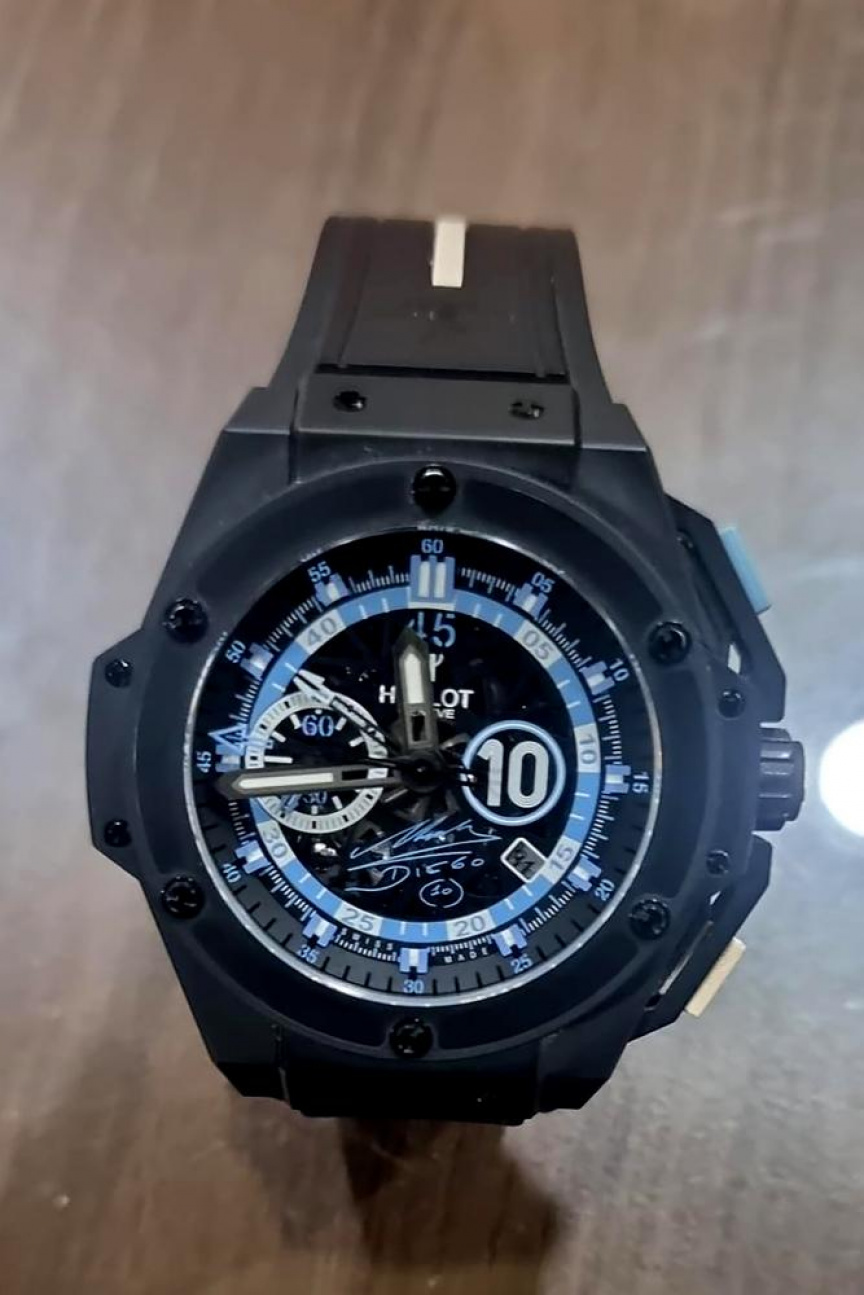 In this handout photo provided by the Assam Police, the luxury Hublot watch is seen in district Sivasagar of Assam state, India, Saturday, Dec. 11, 2021. (Assam state police via AP)

GAUHATI, India (AP) — Police in India’s northeastern state of Assam Saturday said they have recovered a stolen watch that once belonged to the Argentine soccer legend Diego Maradona.

Assam state police chief Bhaskar Jyoti Mahanta said the luxury Hublot watch signed by Maradona was recovered from a man’s possession after he was arrested from his home in the district of Sivasagar, 350 kilometres (217 miles) east of Gauhati, the state capital.

Police said the man was working as a security guard at a company in Dubai that stores the belongings of the legendary Argentinian athlete. It said the man stole the watch last week and returned to India a few days ago.

Maradona, 60, died last year of a heart attack following a brain operation. He led Argentina to a 1986 World Cup victory and is considered one of the greatest players ever.

12 die in wall collapse at India amid heavy rains