President Solih returns to Male’ after trip to Gaafaru 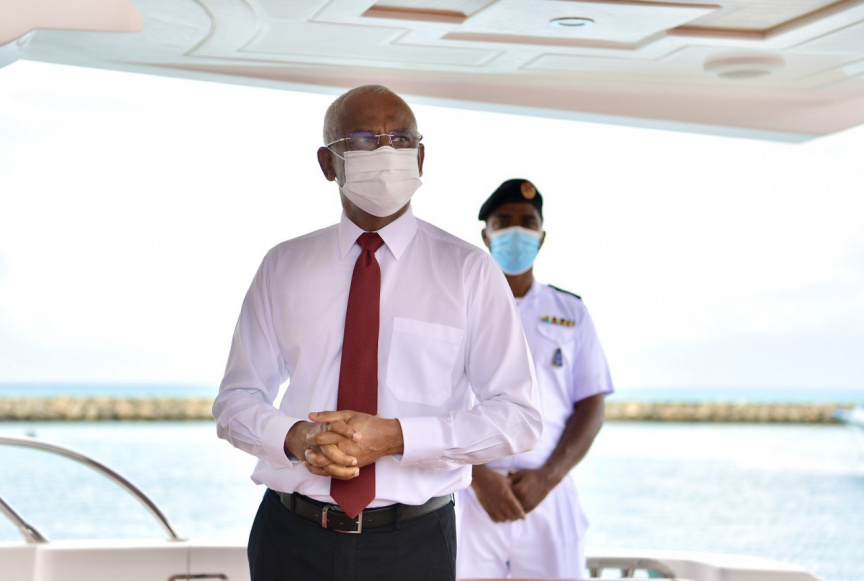 President Ibrahim Mohamed Solih has returned to Male’ after a two-day visit to K. Gaafaru.

He concluded his visit and returned to Male’ City on Saturday afternoon.

During the visit, President Solih inaugurated a 25-tonne ice plant developed on Gaafaru. The MVR 3.5 million project also saw the development of a 50-tonne cold storage.

As part of Fishermen’s Day celebrations, the President attended a fish filleting contest and visited the Fisheries Expo organized by the Fisheries. Vice President Faisal Naseem, who accompanied the President on the visit, unveiled a monument placed in the harbor area.

At the official function held to mark the occasion on Friday evening, President Solih spoke in depth about his administration’s vision to elevate and develop the fisheries sector.

During the visit, the President also met with yellowfin tuna fishermen and the fishing community of Gaafaru.

On Saturday morning, he spoke with the members of the Gaafaru Council and Women's Development Committee about the developmental plans for the island. He also visited the health center and police post.

Fishermen's Day is marked every year on December 10th.