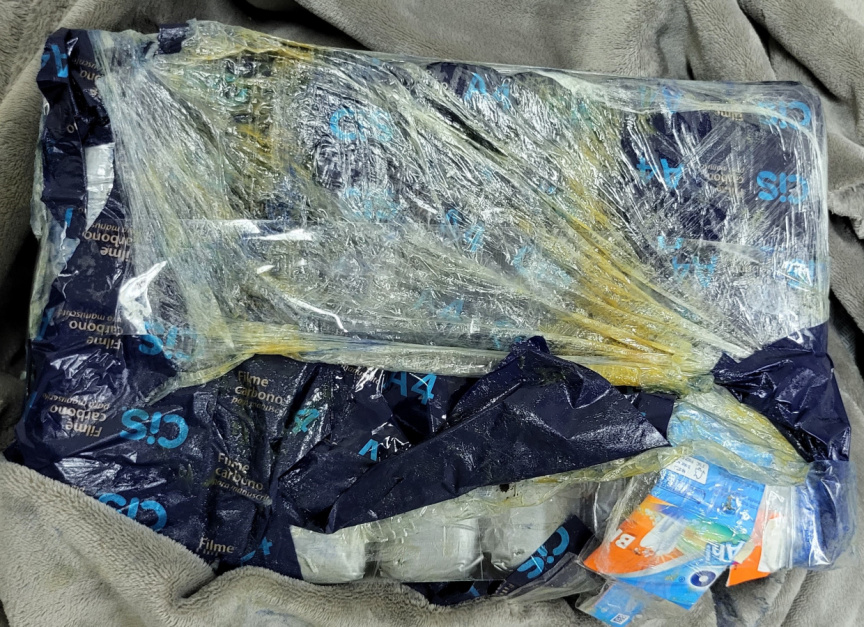 18.857 kilos of cocaine seized from a Brazilian traveler on November 2, 2021. (Photo/Maldives Customs Service)

The Brazilian who attempted to traffick over 18 kilos of drugs to Maldives has been remanded in custody pending outcome of the trial.

Initially, two Brazilian nationals were arrested over the case; a man named Cristiano Silva Rodridge Jr, 28, and a woman named Nauru Nunez D'Souza, 37. However, D'Souza has been released as she lacked the elements of the crime.

Rodridge is being charged with drug trafficking, drug use, possession of drugs with intent to sell.

Criminal Court, on Thursday, has remanded Rodridge in custody pending outcome of the trial.

The Court made their decision to remand Rodridge pending outcome of the trial based on new evidence submitted – which is Custom’s Incident Report.

At Court, the Police said the drugs found in the luggage weighed 18 kilos with the packing – with the drugs weighing 15 kilos without the packing. Stressing that the luggage which drugs was found it weighed less than 22 kilos – the Police stressed that such a minor difference when weighed at a different country should not be considered a possibility of it being a different luggage altogether.

In addition to this, the Police noted that the luggage had Rodridge's tag on it.