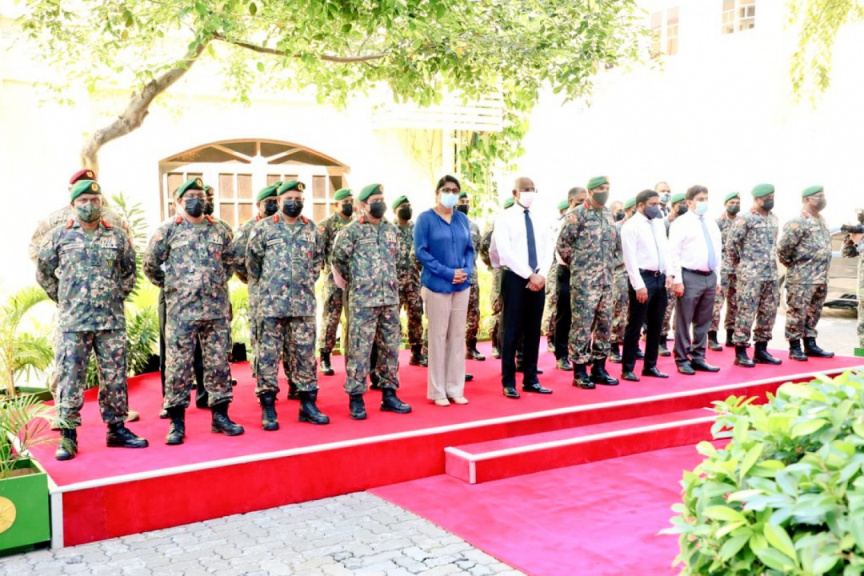 The center was inaugurated in a ceremony at Bandaara Koshi on Tuesday morning.

According to the government, JIOC will serve as the main operational hub which will link all state institutions in situations that pose a threat to national security.

The center is charged with formulating plans to counter dangerous attacks, and conduct related operations.

The government said the center was established under President Solih’s ‘Zero Tolerance’ policy on terrorism and violent extremism.

"Islands leased for tourism not developing an obstacle"

President: All islands will reap benefits of tourism

President: Success of reforms can be measured by peace