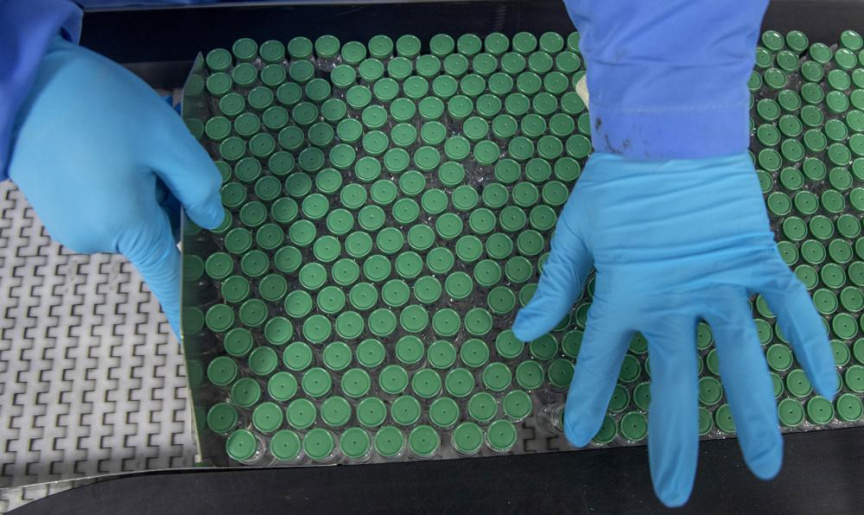 An employee packs a box containing vials of Covishield, a version of the AstraZeneca vaccine, at the Serum Institute of India in Pune, Monday, Nov. 22, 2021. (AP Photo/Rafiq Maqbool)

NEW DELHI (AP) — The Serum Institute of India, the world’s largest vaccine maker, resumed exports of coronavirus vaccines to the U.N.-backed COVAX distribution program on Friday after halting most overseas sales in March.

The company was to have been COVAX’s main supplier, but an explosion of cases in India resulted in a cutoff of exports. At the time, Serum Institute had contracts to provide COVAX with 200 million doses of AstraZeneca vaccines, and unfinalized agreements to supply 350 million more. The suspension was a significant setback for global efforts to distribute vaccines equitably.

GAVI, the vaccine alliance which co-manages the COVAX program, said the company had provided just under 30 million doses to it.

New infections in India have now fallen to the lowest level in months, and the first new exports under the COVAX program, destined for Tajikistan, are leaving Friday evening, Serum Institute said in a statement. It said it expects exports to increase substantially in early 2022.

It said it has already produced more than a billion doses of the AstraZeneca vaccine under license, almost all for domestic use.

Serum Institute also started making the Novavax vaccine under license in June. Experts say the vaccine — which has been greenlit by regulators in Indonesia and the Philippines — is easier to store and transport than some others, and this may allow it to play an important role in boosting global vaccine supplies.

With the addition of the new vaccine, “We can be more hopeful that WHO’s target to vaccine 70% of the world’s population by the middle of the next year can be met,” Serum Institute chief executive Adar Poonawalla said,

Although coronavirus restrictions have been lifted in India, the country, like others, is jittery after the detection of a new, worrisome variant in southern Africa. The federal government has asked states to scale up screening of travelers from some countries and the genetic sequencing of any detected infections.