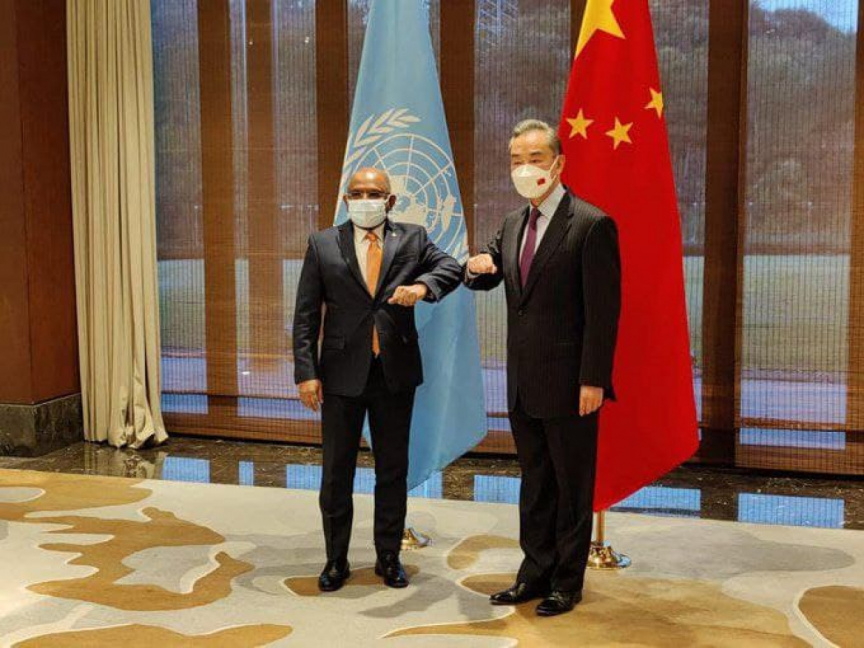 Shahid met with Minister Wang in his capacity as the PGA, as part of his three-day official trip to China.

Shahid and Minister Wang, who has also served as China’s State Counselor previously, discussed a multitude of things during their meeting.

On this note, they discussed climate change, multilateralism and further enhancing the operations of the United Nations. In addition to this, they also discussed China’s global development initiative.

During this meeting, Minister Wang also relayed that he supported the five rays of Shahid’s ‘Presidency of Hope’.

Shahid had visited China in the capacity of the Maldivian Foreign Minister in 2019. During this trip, he had met with China’s Vice President as well.