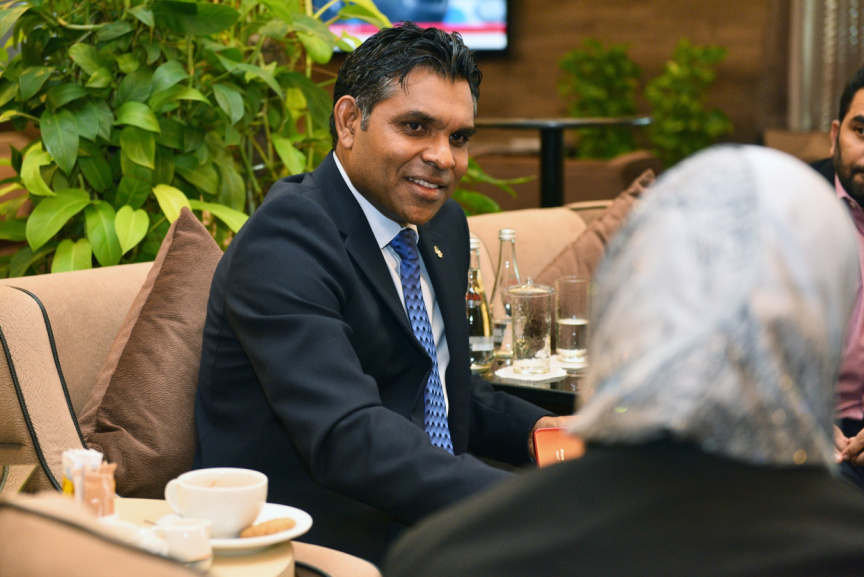 Vice President Faisal Naseem, on Sunday night, has departed to Bangladesh on a two-day official trip.

During this trip, VP Faisal is scheduled to visit several strategic institutions in Bangladesh – and call on various senior representatives and key stakeholders.

He will also be meeting cabinet ministers from the Bangladeshi government including Minister of Foreign Affairs Abdul Momen, Minister of Expatriate’s Welfare and Overseas Employment Imran Ahmad and Minister of Education Dipu Moni.

VP Faisal will be concluding this trip and returning to the Maldives on November 24. He is accompanied by a delegation of cabinet ministers and high-level officials from the President’s Office and the government during this trip.