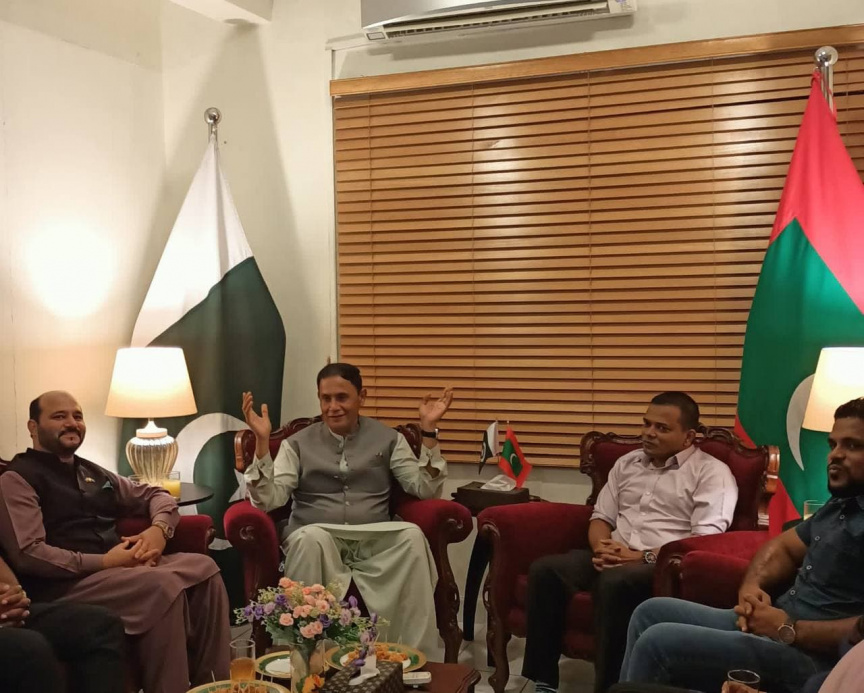 High Commissioner Mukhtar also briefed the delegates from Addu City regarding the High Commission’s collaborations with the Government of Maldives to further enhance existing Maldives-Pakistan ties in various areas. On this note, he added that the areas of education, health, sports, social sectors and capacity building has been added focus on for the benefit of the Maldivian people.

Deputy High Commissioner Zulqurnain also commended the efforts by Councilors to address the issues and needs of the people in their respective islands.

Mayor Nizar thanked the High Commissioner for the gifts. Noting the close ties Maldives and Pakistan have maintained over the years, Mayor Nizar stressed that there was a need to enhance people-to-people connections.