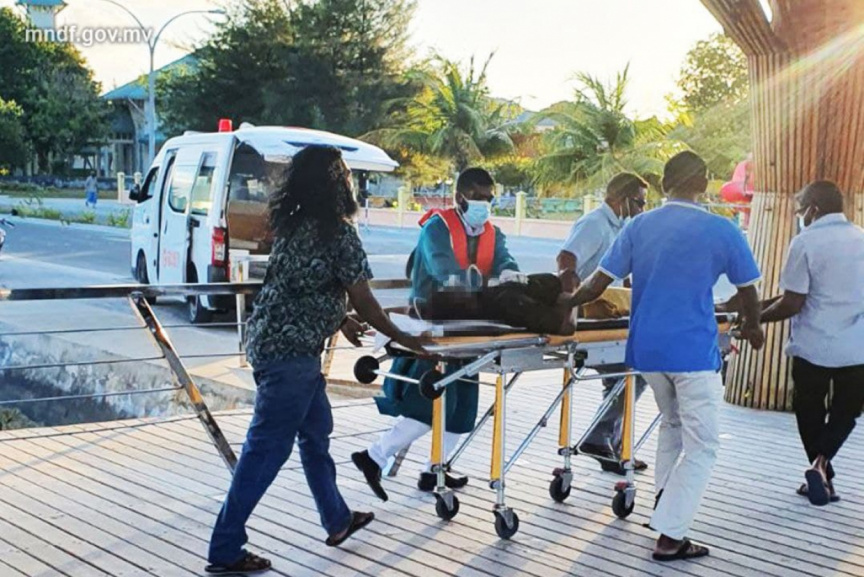 Man being transported to GDh. Thinadhoo's Dr. Abdul Samad Memorial Hospital after suddenly dying due to a stroke whilst out for fishing on November 15, 2021. (Photo/MNDF)

An individual who was out for fishing has died suddenly after suffering from a stroke.

The deceased has been identified as a 40-year-old Maldivian man. The boat he was on at the time of the incident was fishing 33 nautical miles west of GDh. Thinadhoo.

Speaking to Sun regarding the incident, Dr. Abdul Samad Memorial Hospital’s Spokesperson said that the man was already dead by the time he was brought to the hospital.

“He died after suffering from a stroke. We brought him with assistance from MNDF. He was already dead when he was brought,” the Spokesperson had said.