Dr. Jameel: Prosecutor General’s Office needs to be reformed, along with JSC 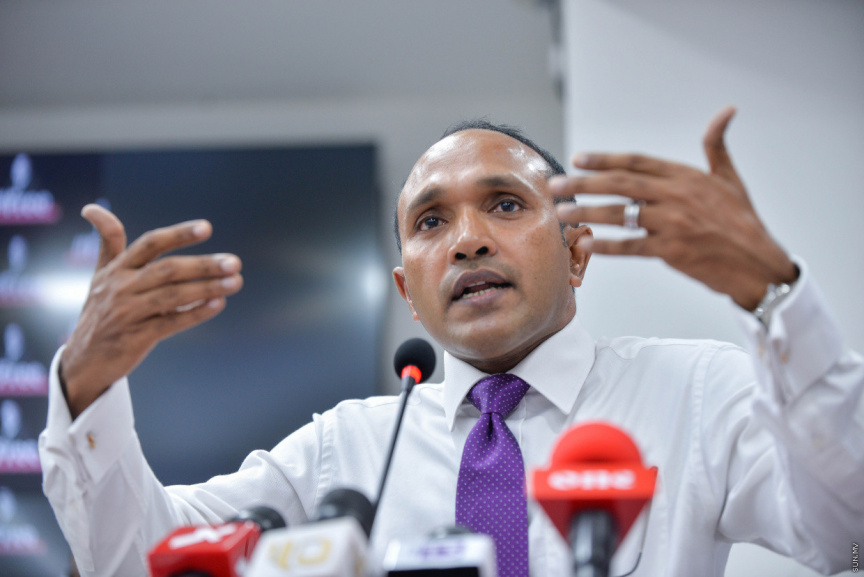 Former Vice President Dr. Mohamed Jameel Ahmed said on Monday that the Prosecutor General’s Office needs to be reformed, along with the Judicial Service Commission (JSC).

He made the comment in a tweet criticizing the decision of the Prosecutor General’s Office not to prosecute officials from the Transport Ministry, including members of the ministry’s bid committee, in a corruption case involving a government contract.

Jameel said that Maldives does not have a Prosecutor General who upholds the Constitution, but rather a government lawyer.

“Now everyone can take a guess at the cases which will prosecuted, and the cases that will not. The PG needs to be reformed along with the JSC. We have reverted back to the time when the AG Office would prosecute,” he said.

The case in question involves a contract for machine-readable license plates. Anti-Corruption Commission (ACC) investigated the contract following a complaint that government officials, nullified some of the bids submitted in response to an invitation to tender posted by the Transport Authority for the project on December 31, 2019, and was attempting to award the project to a specific contractor.

Following an investigation, ACC said it found three companies submitted bids for the project, and the Transport Ministry’s bid committee decided to award the project to Versagio Pvt. Ltd. – which came second during evaluation.

The bid committee made the decision after invalidating the bid submitted by the company which quoted the lowest rates and scored the highest marks during evaluation, citing that the company did not submit their SME registration.

The committee also told ACC that the quality of sample license plates submitted by the other two companies had been poorer, and only Versagio had prepared the plates in accordance with the requirements on Annex 1 of the information sheet.

However, ACC found that the submission of the SME registration certificate and the assessment of the quality and strength of sample license plates wasn’t mentioned in the information sheet.

ACC also found that the sample plates submitted by all three companies meet requirements on the information sheet.

The commission therefore concluded that the bid committee did not take into consideration the documents and the information sheet in making the selection.

ACC requested the Prosecutor General’s Office for six members of the bid committee to be charged with misuse of official authority to confer an undue advantage. They are:

Finance Ministry had investigated the case, and ordered the Transport Ministry that the project would be processed by the National Tender Board. The contract with Versagio was terminated in April.

"Nasheed must take responsibility for February 8, 2012"