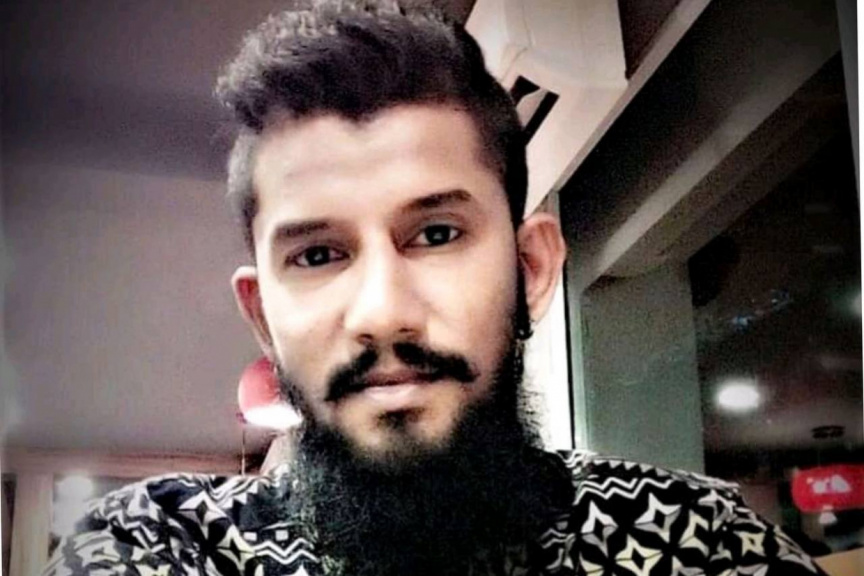 The breaking news featured on all local newspapers yesterday was the discovery of a dead body in an uninhabited house in Male’ city. The body was discovered after the neighbors reported police about a foul smell emitting from the house.

The body has now been identified as Mohamed Mujthaba, 37, and the house at which his body was discovered, Ma. Aafaluge, is his own residence, currently under construction.

As more details of his life surfaces, it has become known that he was a frequent user of drugs; a drug addict. Before his untimely disappearance three days ago, sources reveal that he had spent a duration of 16 days at a detox center to recover from his drug use. Before he arrived to Male’ city, he had spent some time with his brother at Gulhifalhu.

Mujthaba’s brother, Ahmed Musthafa said while talking to Sun that he suspects the cause of his brother’s death to be an overdose and that it had been three days since he and his family have been trying to find him.

“He came on Thursday. He was last seen taking MVR 5,000 from our mother. We checked the house because a foul smell was coming from there,” he said.

He further shared that the person who discovered his brother’s body was one of his friends and the friend immediately called the police.

“I think he overdosed. I think he took a little high dose after staying clean for 16 days,” Musthafa shared.

He also said that along with his brother’s body some cooking utensils were also discovered near him at the site of his death. It is likely that the utensils were used to make drugs.

According to onlookers who got a glimpse of the body, it looked like as if he was dead for around three days. They also noticed that parts of his body were very swollen and discolored.

When looking into his marital life, Mujthaba was married and later divorced. He leaves behind a 13-year-old daughter who currently lives with her mother.