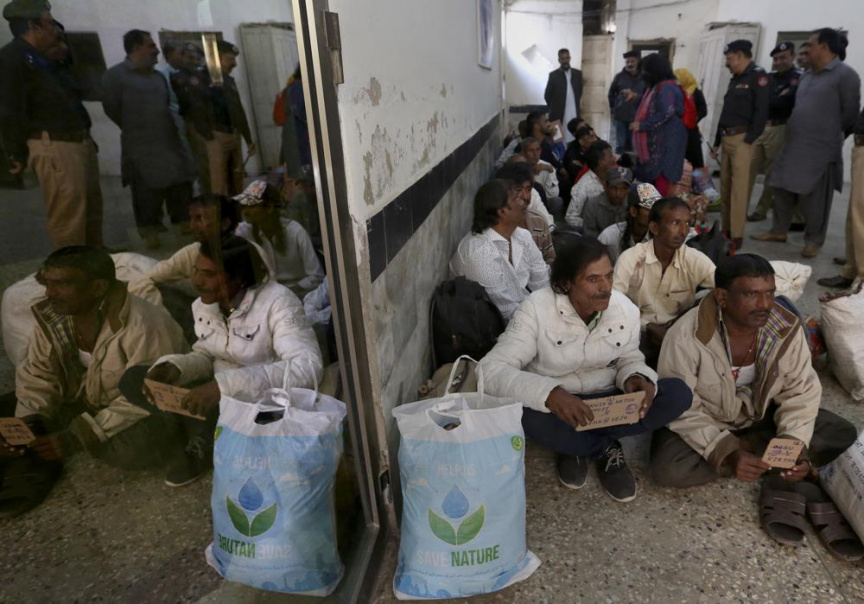 Indian fishermen wait for transport to leave for their homeland following their release from a district jail, in Karachi, Pakistan, Sunday, Nov. 14, 2021. (AP Photo/Fareed Khan)

KARACHI, Pakistan (AP) — Pakistan has freed 20 Indian fishermen who spent four years in prison in the port city of Karachi for violating the country’s territorial waters, an official said Sunday.

Arshad Shah, a prison official, said the group left the Karachi central prison and boarded a bus for the eastern city of Lahore. Shah said they would be handed over to Indian authorities at Wahgah border crossing. Shah said 588 more inmates were in the prison awaiting completion of legal formalities.

Both India and Pakistan periodically arrest each other’s fishermen for allegedly crossing the water frontiers in search of better catch. But both sides every year release some inmates after authorities negotiate and fulfill legal formalities.

The two nuclear armed south Asian neighbors, who gained independence from British colonial rule in 1947, are archrivals mainly because of disputed Himalayan region of Kashmir. The region is divided between them but both claim it in its entirety.

The two sides have strained relations since India unilaterally abolished the autonomous status of its part of Kashmir in August 2019.

Pakistan sentences 6 to death in killing of Sri Lankan