MP Hassan Latheef: Terms of UTF agreement must be disclosed 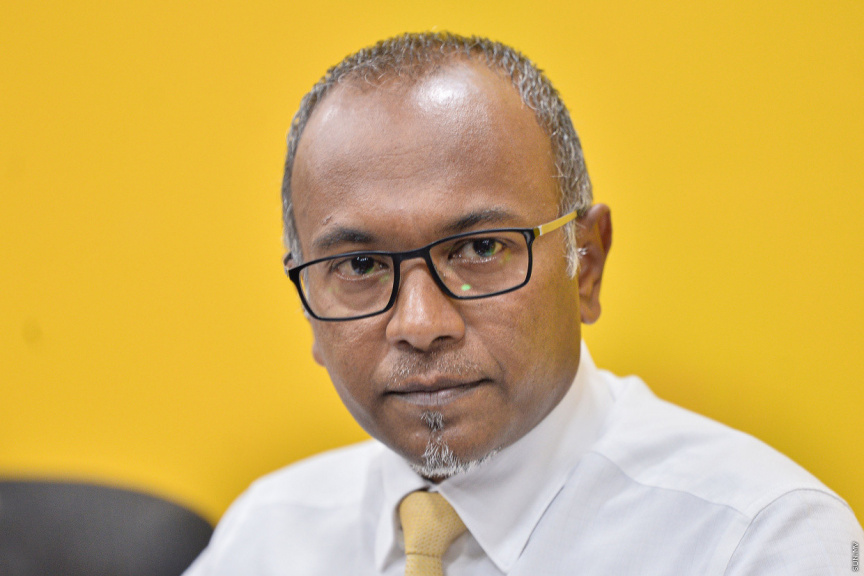 Chairperson of MDP, West Henveiru MP Hassan Latheef has announced via Twitter that the terms of the Uthuru Thila Falhu (UTF) agreement made with Indian Military and the Maldives National Defense Force (MNDF) to build a dockyard, must be disclosed.

In the tweet, MP Hassan Latheef stated that it must be made evident that the government is not trying to carry out any activities in secret and it must be made known to the citizens of Maldives, what is included in the UTF agreement.

“It is beneficial to make clear what is stated at the UTF agreement and to make sure none of the events are carried out in secret. It is also beneficial to know how the government gets aid from India,” he said.

Sun Online was unable to get any more information regarding his tweet as he did not answer the phone.

Hassan Latheef is a member of the Parliament’s Security Service Committee (241 Committee), where all members of the committee were able to read a copy of the UTF agreement.

The members of the opposition party are raising concerns over the agreement regarding terms included in it that concerns the national security and the sovereign power of the country. Further, a letter was sent in March, to President Ibrahim Mohamed Solih requesting that the terms and details of the agreement be disclosed. In the same month, what seemed to be a draft of the agreement was leaked.

The leaked draft stated that the Maldivian government has the power to give diplomatic immunity to Indian military officials and they can be stationed at the UTF base for over 15 years with weapons. Moreover, even if the facility is to be leased to businesses, discussions must be held with Indian officials prior to it. However, the defense ministry claims the leaked draft to be fake.

The ministry further assures that they will not participate in any actions that adversely affect the national security and the sovereignty of the country.

MDP thanks Chairperson Hassan Latheef for his services

‘India Out’ campaign; a threat to national security

'International expertise needed to save Maldives'

'Nothing alarming in Maldives-India agreements'

Govt. to announce plan to reclaim land for Male’ in Dec