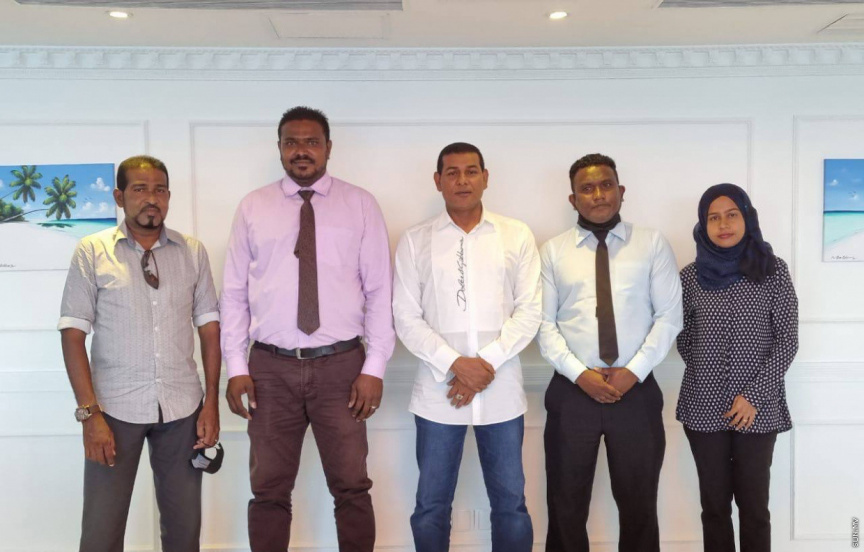 According to Naseem, one of the key issues discussed in the meeting was the need to upgrade the island’s harbor, including switching the harbor channel, raising the seawall, and arranging for small vessels such as dinghies to dock at the end of the harbor.

They also discussed starting the provision of utility services in the area where new plots of land are being issued, construction of housing units in the island, and construction of a community center.

At the meeting, Siyam provided assurance he will urge the government to address the concerns of the councilors, and provide his full cooperation.

Siyam also provided assurance he will address the concerns during the parliamentary debate on the 2022 state budget.

“He provided assurance he will do whatever possible from within the government, and that he will highlight it during the ongoing budget debate,” said Naseem.

Siyam also urged the council to properly utilize the land which was reclaimed separately when the island’s lagoon was dredged.