State: Ammaty might escape the system through the backdoor 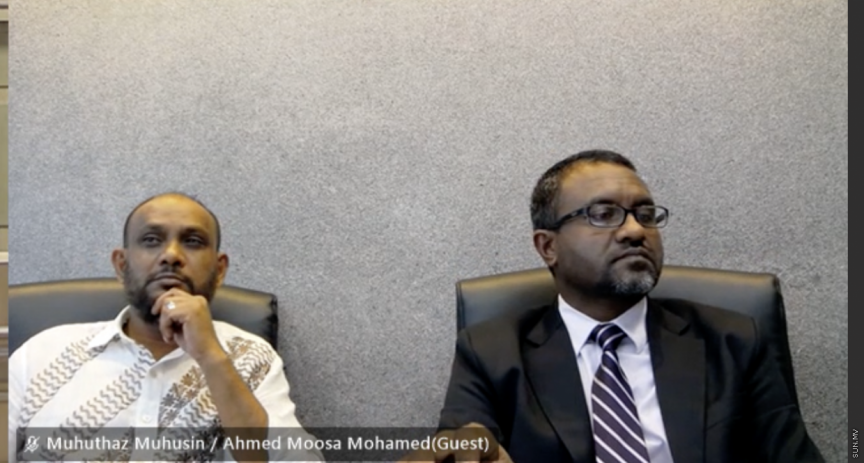 State Prosecution has stated that SeaLife Global’s Managing Director Ahmed Moosa Mohamed (Ammaty) who has been released on bail on the surety of his sisters – might escape the system through the back door.

Ammaty is pressed with multiple charges for defrauding over 200 tenants out of millions in booking fees for a proposed apartment complex in suburban Hulhumale’.

After being awarded land in Hulhumale’ to build an apartment complex under an agreement made with the Housing Development Corporation (HDC) – SeaLife announced its 3,000-apartment housing project, the SeaLife Complex in Hulhumale’, back in 2015.

SeaLife Global was awarded land in Hulhumale’ to building the apartment complex as compensation for termination of a government contract to build luxury villas in V. Thinadhoo signed during former President Mohamed Nasheed’s administration. The company was awarded land in Hulhumale’ and launched the housing project with approval from the Economic Council of the President’s Office in 2014, during former President Abdulla Yameen Abdul Gayoom’s administration

280 tenants paid a booking fee of MVR 50,000 (some more than MVR 50,000). But the SeaLife Complex was never built and the tenants were never reimbursed for their down payments.

The cumulative total of the booking fees collected by SeaLife is estimated to be upwards of MVR 14 million.

Ammaty has been pressed with 42 charges of embezzlement in connection to the SeaLife scam.

Whilst his trial was ongoing at the Criminal Court – the Court had decided to release him on bail. This was appealed by the State Prosecution to the High Court.

In a hearing of the appeal case held today – State Prosecutor from Prosecutor General’s Office stressed that Ammaty has a record of fleeing, which was not referred to by the Court when granting him bail.

“With reference to Ahmed Moosa’s history – there is still a high chance that Ahmed Moosa might flee. If he flees – the trial against him for defrauding 42 people will be obstructed. In such a case – it will disrupt the order of the society,” the State Prosecutor had said.

Following the State Prosecutor’s remarks – the Judge has asked to detail how an individual whose passport has expired would be able to flee. The Judge had also asked to show an example of it.

“There is a high chance of escaping the system to through backdoor or something similar to that to flee even if the passport is held and there is travel ban order against him,” the State Prosecutor had replied.

The State Prosecutor further detailed that Ammaty had fled in the international area before – after which he had failed to appear after being summoned multiple times.

“Was deported due to a visa problem which arose. This case has clear evidence that such has happened in the international arena before,” the State Prosecutor added.

In defense – Ammaty had refuted the remarks made by the State Prosecutor.

In this regard – he explained before the court that he strayed away from returning to Maldives for his own safety as death threats were made against him. He had also challenged the State to prove that the remarks they had made about him being deported.

Ammaty said that he had decided to return to the Maldives when the state had compensated the individuals who had made payments to SeaLife – as at that point, there was no threat to himself.

“Even I do not see this “backdoor” the state is referring to. The individual who had actually fled from this backdoor is currently on house arrest – but we do not see the state challenging this. No one should be discriminated against for being a certain person. We are witnessing senior level officials from the Prosecutor General’s Office express personal hatred against some judges for deciding on some cases on social media. I bring this to the Court’s attention as this is something which adversely impacts the rights guaranteed to the appellee,” Muhthaaz had said.

Ammaty, who had an Interpol red notice out for his capture since 2019, was arrested in neighboring Sri Lanka in February.

He was extradited to Maldives in March, and charged with 42 counts of embezzlement which could see him behind bars for 65 years in May. He had been in police custody until the Criminal Court ordered his release in June, declaring the case does not require his detention.

The decision was overturned by the High Court following an appeal by the Prosecutor General’s Office, citing Ammaty may influence witnesses and is deemed an extreme flight risk.

His release was ordered by the Criminal Court for a second time on October 24 – after the court accepted his sisters as surety.