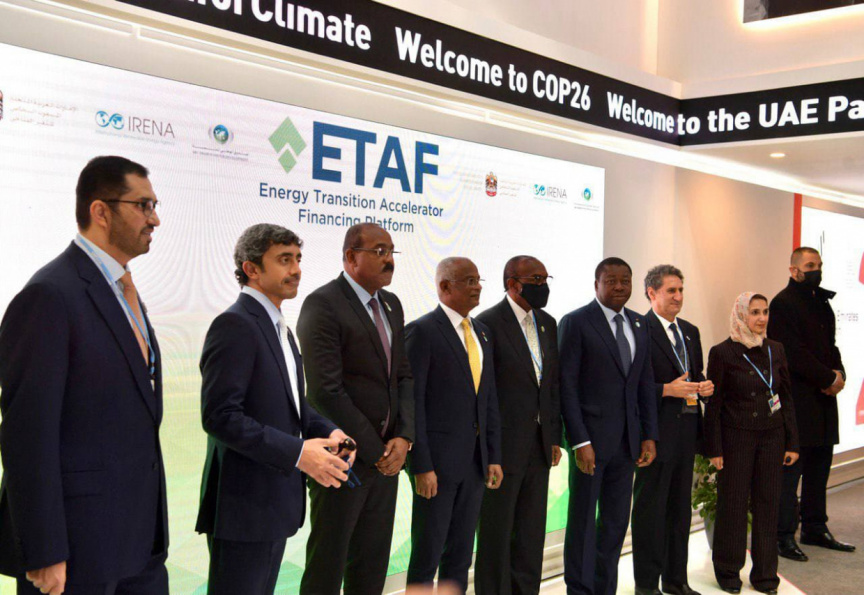 Maldives has become the first nation to benefit from a new environmental fund launched on the sidelines of the 2021 United Nations Climate Change Conference (COP26) in Glasgow, Scotland.

The Energy Transition Accelerator Financing platform (ETAF) by the International Renewable Energy Agency (IRENA) was launched at a special ceremony on Tuesday.

ETAF platform launched in this regard – will help funnel urgently needed climate and renewable energy finance to selected projects in developing countries, especially Small Island Developing States (SIDS) such as the Maldives.

Maldives’ has requested financing for two projects in this regard. Under the first – a small-scale waste-to-energy project that will generate 0.5 MW will be established. In the second project – is a waste-to-energy project in Addu City and would generate 1.5 Megawatts of electricity from municipal solid waste, forecasted to benefit a total population of 35,000 people.

On Sunday night, President Solih delivered the national statement at the World Leaders Summit at COP26 – where he stressed that Maldives is a low-laying country that could disappear off the map because of the climate crisis at any time

He also called to help vulnerable states financially to combat climate change in addition to urging nations to agree on stringent accountability measures to ensure that financial commitments made in this regard are honored.