President: Maldives remains independent because of the sacrifice of Maldivian soldiers 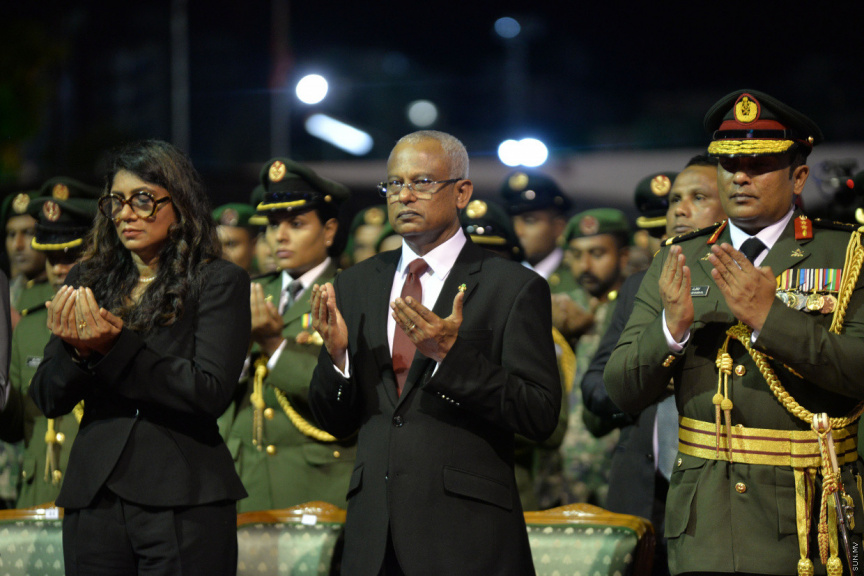 President Ibrahim Mohamed Solih said Wednesday that the Maldives remains independent today because of the sacrifices made by Maldivian soldiers on November 3, 1988, when armed mercenaries – led by a group of Maldivians – launched an attack on the country in a coup d'état attempt.

He made the remark in his address on occasion of Victory Day.

In his address, President Solih said that Maldives celebrates November 3 as Victory Day in remembrance of the sacrifice of the brave Maldivian soldiers who remained unflinching in the face of the brutal attack, and the soldiers who laid down their lives in defense of their country and religion.

“The national flag of red, green and white flies over Maldives today because of the sacrifice made by Maldivian soldiers that day. The national example they showed that day, is an example that the children of today and tomorrow must follow and remember them for,” he said.

President Solih said that the Maldivian people had remained optimistic despite being in the middle of a terrorist attack, and showed the friendship and solidarity which exists between Maldivian people.

“They proved the friendship and solidarity which exists among the Maldivian people. They offered their complete obedience and loyalty to the legitimate government. They made the Islamic faith they have in their hearts their greatest weapon,” he said.

He also thanked India for the existence it extended to Maldives on that day.