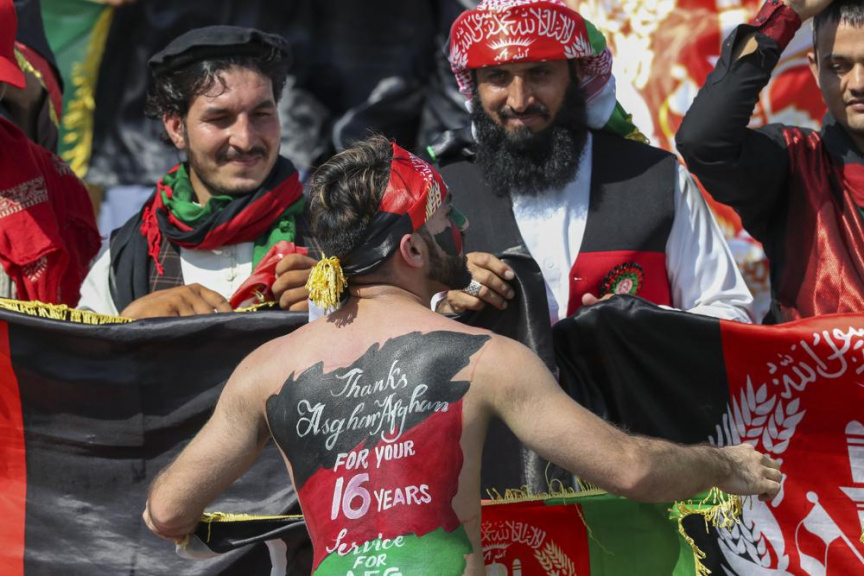 Asghar made 31 off 23 balls in his last international appearance, which lifted Afghanistan to 160-5 after captain Mohammad Nabi won the toss and opted to bat in the Group 2 game.

Namibia batsmen fell against the slower deliveries of Afghanistan fast bowlers and limped to 98-9 with David Wiese top-scoring with 26 off 30 balls.

Fast bowler Hamid Hassan, playing his first T20 international in five years, picked up 3-9 while Naveen-ul-Haq polished off the top order to finish with 3-27.

Asghar, who announced his retirement from all forms of cricket on Saturday, was given a guard of honor by Namibia fielders as he walked out to bat midway through the innings. He belted three fours and a six before scooping a catch to backward point in the penultimate over.

“I want to give (a) chance to youngsters, this is a good opportunity for that,” Asghar said, adding that he was “hurt and decided to retire” after Afghanistan lost to Pakistan in the penultimate over in the team’s previous game.

Nabi remained unbeaten on 32 off just 17 balls and dominated in the last five overs with Asghar in support. Wicketkeeper-batsman Mohammad Shahzad (45) and Hazratullah Zazai (33) gave Afghanistan a decent start before legspinner Jan Nicol Loftie-Eaton (2-21) put on the brakes in the middle overs.

But the experience of Nabi and Asghar gave Afghanistan enough runs to roll over the inexperienced batting of Nambia.

“Our plan is normally to bat first, but mentally we are ready to chase as well,” said Nabi, who only found out about Asghar’s retirement on Saturday night.

“Last night Asghar told me that tomorrow it might be my last game, it’s his decision,” Nabi said. “He has played for 16 years, captained for 6-7 years, and has won a lot of games for Afghanistan.”

Afghanistan, which has two tough games in hand against New Zealand and India, has four points from three games. It lost a nail-biting game to Pakistan by five wickets when the hard-hitting Asif Ali smashed four sixes in the penultimate over.

Namibia has two points from two games after beating Scotland in the opening game. Its three remaining games are against much tougher opposition in New Zealand, India and Pakistan.

Namibia captain Gerhard Erasmus, who was clean bowled by Hassan for 12, said he expected tough matches in the Super 12s.

“We knew it would be a level up from the previous games,” he said. “Afghanistan got away with the bat and a few partnerships stretched the total. It was the quality of their attack and their cricketers... it showed today. We are going to take this as a steppingstone for the future.”