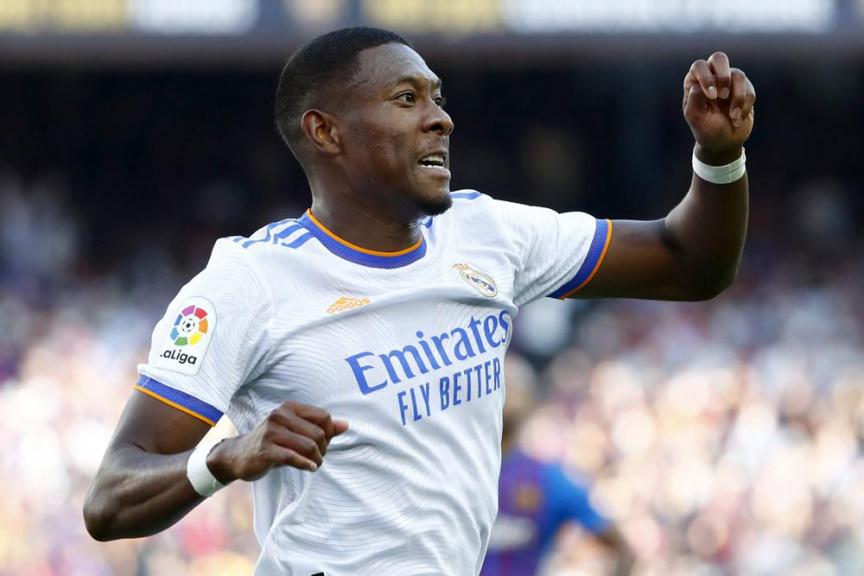 Barcelona slumped to a 2-1 home defeat to Real Madrid in front of 86,000 spectators back for Camp Nou’s first “clásico” match without crowd restrictions since the pandemic.

After the game, when Koeman tried to leave in his car, the former Barcelona great had to endure the vitriol of dozens of mostly young men, some of whom slapped the car as he edged forward until getting away.

The club run by Joan Laporta, who only weeks ago had to publicly back Koeman amid rumors he was about to be fired, issued a statement “publicly condemning the violent acts and disrespect experienced by our couch outside Camp Nou” and promised to take measures to prevent similar incidents in the future.

Even the more sensible Barcelona supporters had trouble coping with the loss to a Madrid side that didn’t need a stellar performance by Karim Benzema to give coach Carlo Ancelotti his first win at this stadium. It was enough to let Barcelona flail against its defense while defenders David Alaba and Lucas Váquez chose when they could inflict damage by scoring goals in each half.

The win by Ancelotti’s side will deepen the crisis at Barcelona, which has lost all its matches against major rivals this season with its squad now stripped of Messi and other players due to the club’s financial troubles. Barcelona was left in ninth place at six points adrift of Spanish league leader Real Sociedad.

The victory kept Madrid in second place behind Sociedad, which is one point clear after drawing at defending champion Atlético Madrid 2-2. Atlético needed a second-half double from Luis Suárez to erase a two-goal advantage for the Basque Country club.

This was the first “clásico” without Messi and Madrid’s long-time captain Sergio Ramos, former rivals who are now teammates at Paris Saint-Germain. The two between them took part in 45 editions of Spain’s top rivalry. In that time Messi led Barcelona to 19 wins while scoring a record 26 goals for the fixture.

The difference that Messi’s absence makes was clear in the 25th minute when an attractive team buildup left Sergiño Dest all alone in the area. The American, whose natural position is right back, had been drafted by Koeman into a winger position on the right side where Messi had once tormented opponents.

But when a pass from Memphis Depay rolled on by Ansu Fati reached Dest just outside the six-yard box, with goalkeeper Thibaut Courtois at his mercy, Dest sent his shot sailing high over the crossbar, drawing a collective groan from Camp Nou.

Seven minutes later, center back Alaba turned goal-scorer with a wonderful curling shot from the left side of the area that the outstretched Marc-Andre ter Stegen could not stop.

“We had a very clear chance for the 1-0, and instead of that they scored the 0-1. From there on it was very difficult, and we know how dangerous they are on the counterattack,” Koeman said. “It was such a clear chance. You have to put it in.”

Vázquez added a second goal in stoppage time on a counterattack with Barcelona desperately thrown forward in search of an equalizer.

Sergio Agüero pulled one back for Barcelona on a cross from Dest in the final seconds.

Barcelona’s squad from before the pandemic has undergone a major overhaul. Where Messi once linked up with Antoine Griezmann on the right flank, Barcelona’s homegrown youngsters Gavi Páez and Óscar Mingueza now team up with Dest.

But it fell to Ramos’ replacement to give Madrid the lead.

Alaba robbed the ball from Depay outside his area and charged forward as part of a quick attack. Two passes later, Alaba looked like a striker when he took aim from an angle and curled a superb strike around Ter Stegen. It was the former Bayern Munich player’s first goal for Madrid.

“Shooting well from deep is a talent (Alaba) has,” said Ancelotti. “He found space and executed very well. ... My goal was to get more from our attack, but we are able to hang in there and not suffer even when we don’t have the ball.”

Vázquez added his goal when he was quicker to a rebound than Eric García, as he slid a foot past the Spain defender to tuck the ball into the net.

The goal by substitute Agüero, playing in his third match since joining Barcelona from Manchester City, came far too late to spark a comeback. It is Barcelona’s only goal in defeats to Bayern Munich, Benfica, Atlético and Madrid this campaign.

Sociedad looked set to record an impressive win at Atlético after Alexander Isak first set up Alexander Sorloth for the opener before the Sweden striker added a brilliant goal from a free kick in the 48th.

But Suárez headed in a cross from João Félix in the 61st against the flow of play to ignite a rally. The former Barcelona striker leveled in the 77th from the penalty spot after a video review spotted a foul committed by Mikel Merino on Suárez.

Sevilla is in third place, level on points with Madrid, after it beat Levante 5-3.

Willian José converted a penalty to seal Real Betis’ 3-2 win over Rayo Vallecano, which had erased a two-goal deficit.

No goals as Messi plays in his 1st ‘Classique’