No goals as Messi plays in his 1st ‘Classique’ 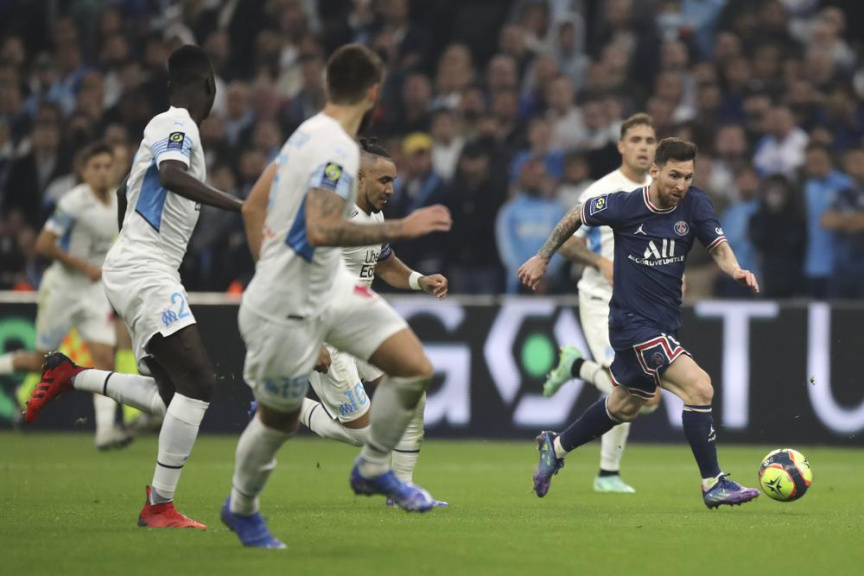 The stalemate between the two bitter rivals reduced PSG’s lead over Lens at the top of the French league to seven points after 11 rounds.

PSG played with 10 men after Achraf Hakimi was sent off in the 56th minute at the Velodrome Stadium in traditionally the biggest match in French football. Hakimi brought down Cengiz Under on a counterattack.

Messi almost struck shortly before halftime when his left-footed shot from outside the area went wide and he had a close-range header saved in the 25th minute.

Both teams had a goal ruled out for offside by VAR in the first half — Marseille defender Luan Peres’ own-goal in the 14th after Neymar’s shot and Arkadiusz Milik’s low shot in the 21st.

Messi is the all-time top scorer in Spanish “clásico” matches between Barcelona and Real Madrid with 26 goals. Host Barcelona played its first clásico without Messi on Sunday, losing 2-1 at home to Madrid.

Nice beat Lyon 3-2 and is third in the standings, two points behind Lens.

On Saturday, defending champion Lille dropped more points after a 1-1 draw against Brest.