VP: Special attention should be paid to train youths to fill high-level jobs in tourism sector 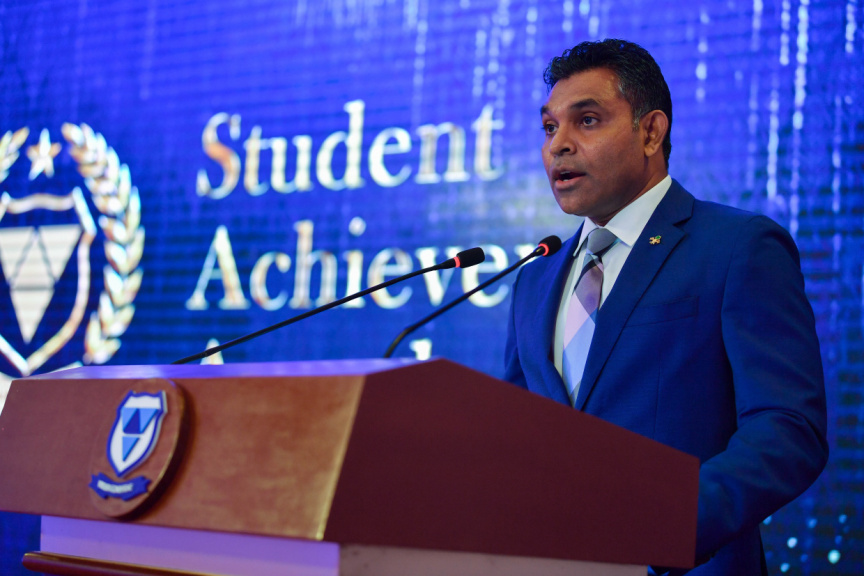 Vice President Faisal Naseem has stated that educational institutions and educators should pay special attention to ensure that they are training Maldivian youths to fill high-level jobs in the tourism sector.

VP Faisal said this whilst speaking as the special guest during a function held at Villa College last night to present the ‘Student Achievement Awards’ for students.

Stressing that whilst tourism remains as the main economic industry in the Maldives – he said that high-level jobs in the sector are held by foreigners.

Underscoring that education is a national service – VP Faisal said that creating educated and capable youth to take over nation-building remains one of the current administration’s priorities. In this regard – he highlighted the government initiatives in this endeavor such as the free first-degree scheme, education loan schemes and presidential scholarships.

Speaking further – he said that the variety of urban development and infrastructure projects initiated by the government at all inhabited islands across the country has increased the demand for a technically skilled workforce. Listing the opportunities open for locals in line with these development projects – the Vice President urged the youth take to make full use of the opportunities provided to them and to train and engage in technical vocations.

In concluding his speech – VP Faisal thanked all private education institutions, including Villa College, for their efforts in helping develop the nation. Additionally, he noted that he hoped to see even more decentralized educational facilities in the Maldives in the future.

At last night’s function – the Vice President conferred awards to students from Villa College as well.

He was joined by the Gender Minister Aishath Mohamed Didi, Tourism Minister Abdulla Mausoom and Special Advisor on Social Policy at the President’s Office Mustafa Lutfi and other senior government officials.