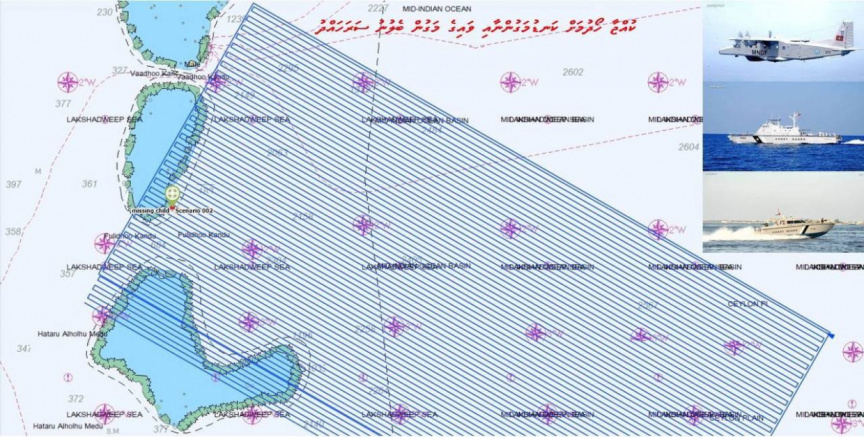 MNDF suspended the search for the missing 4-year-old boy on October 23, 2021, after covering 4,706 nautical miles. (Photo/MNDF)

Maldives National Defense Force (MNDF) has suspended the search for a four-year-old boy, who went missing after falling overboard a speedboat last weekend, as it travelled V. Fulidhoo in bad weather conditions.

MNDF said on Saturday that that they have not found any sign of the boy, despite covering a large area in their sea and aerial search.

“The search for the child has been suspended due to lack of progress,” she said.

Three people fell overboard when the boat made a turn. A male passenger, the young boy, and his mother.

The boy’s mother, Mariyam Nahida, 33, was already deceased when found.

The boy and his mother had been traveling to Fulidhoo for mid-term break.