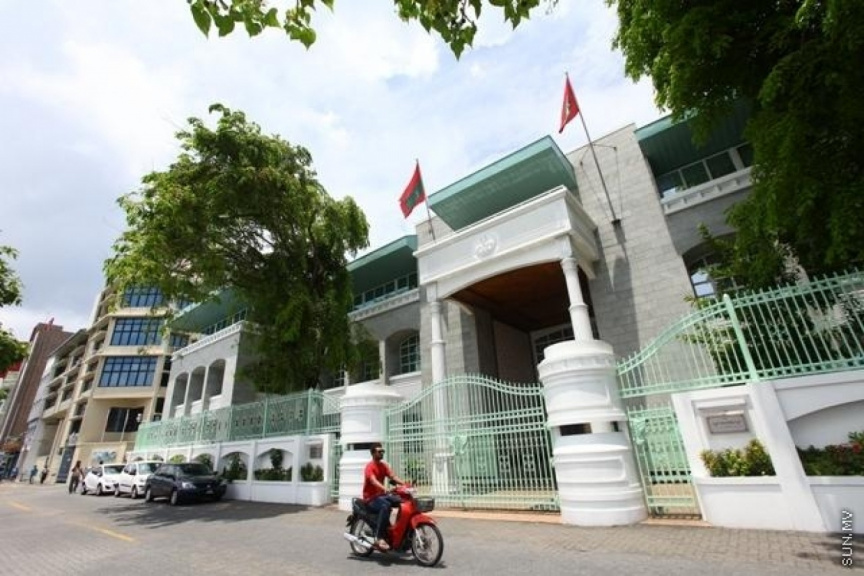 A motorcyclist drives past the President's Office. (File Photo/Sun)

The security team and the security in charge at the President’s Office have been changed over the incident concerning a man urinating in front of the office.

Sun can confirm that it has been about 10 days since this decision was made.

When inquired about the matter by Sun – MNDF’s Information Officer Hana Mohamed said that she has not been informed of such a change. Hana also stressed that changes in security were not public information and instructed to request in writing to clarify further.

Police had arrested the man the next day. They noted that he suffers from a disability.

The man was identified as Hassan Ziyad, 40, M. Shady Home, Male’ City. He was remanded in custody for 10 days – as he was deemed a threat to society.

President to travel to Dubai to attend Expo 2020