President Solih: Minimum wage to be declared in January 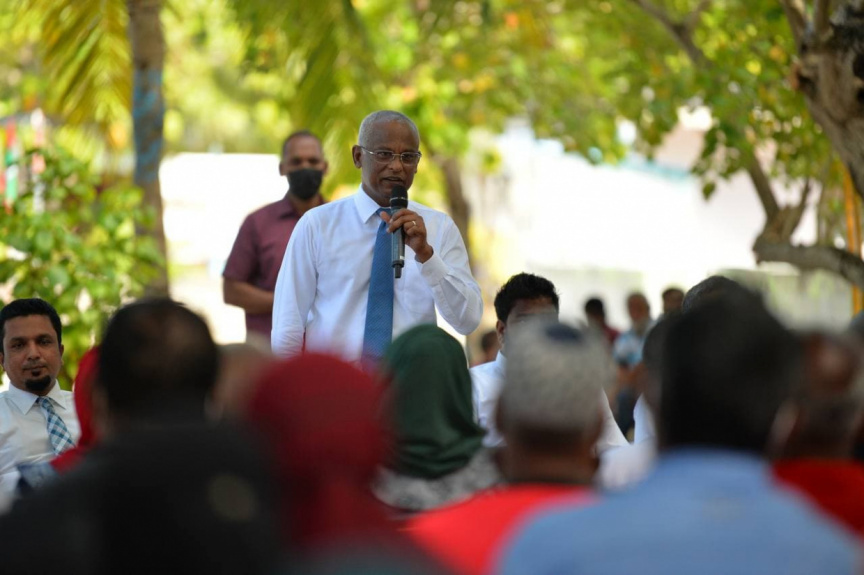 President Ibrahim Mohamed Solih has stated that the minimum wage will be declared in January as per his administration’s visions.

Speaking at the inaugural ceremony of AA. Himandhoo’s harbor as part of his official visit to the island – President Solih said that declaring minimum wage is a top priority for the government from all the responsibilities they have undertaken.

“Economic Ministry is currently doing this. At present – they are discussing with all stakeholders in order to come to a final decision. With what has been proposed currently – when the minimum wage is finalized – approximately over 15,000 employees working in government offices and government companies will see positive changes to salaries,” he had said.

He also added that over 13,000 resort workers will see positive changes to their salaries.

Speaking further, President Solih said work on projects pertaining to 90 percent of his electoral pledges has commenced – noting that the goal is to see the completion of these projects next year.

He also said that his administration will undertake development projects in the islands as it allows them to – without discriminating between the islands.

“Government’s projects have been initiated based on the requests of the people – without leaving behind any island. Without taking into account the population of the island – doing what needs to be done as a government for its people as it allows us,” he had said.

Additionally, President Solih had promised to initiate additional development projects at Himandhoo – including improving the health services in the island as well as the establishment of a water and sewage system on the island. He noted that work on these projects will commence soon.

He is accompanied by a delegation of cabinet ministers and senior government officials during this trip.